Good friends and goats, what could be better?

So many goats, so much fun! Thank you Carol and Norma for a great outing, and a chance to finally wear my goatie T-shirt. 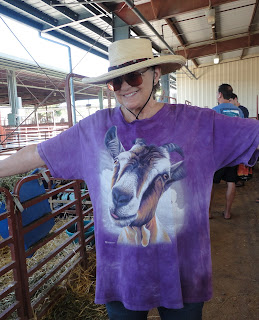 Being one of the oldest domesticated species of animals, there are over 300 distinct breeds of goat. According to archaeological evidence, the earliest domestication occurred in Iran 10,000 years ago.

I love them all, but am especially drawn to the Nubians with their big floppy hangy-down ears. 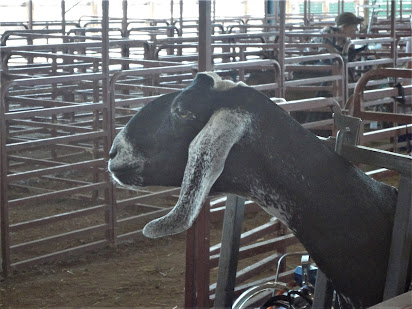 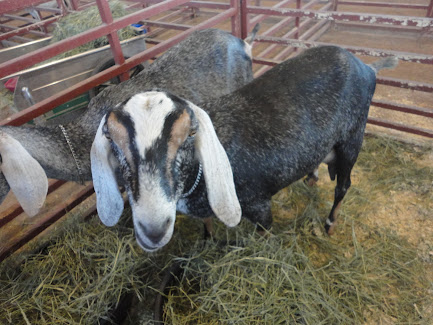 Conversely, the LaMancha goats are adorable and have very little external ear. 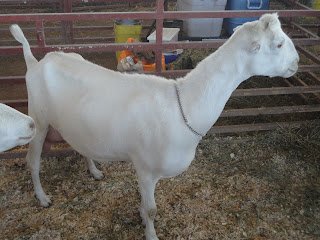 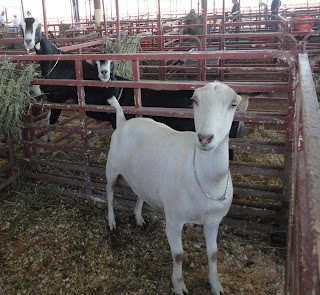 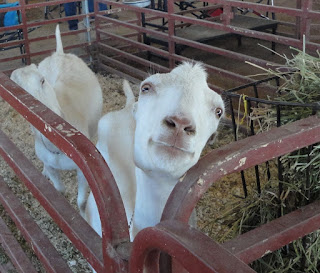 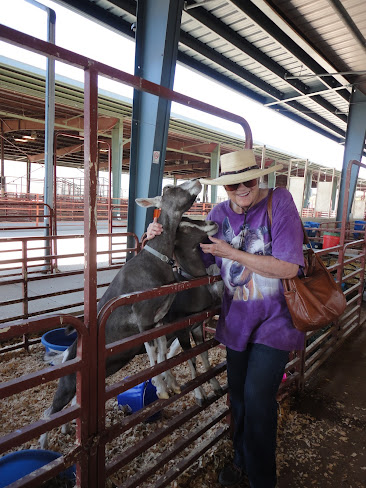 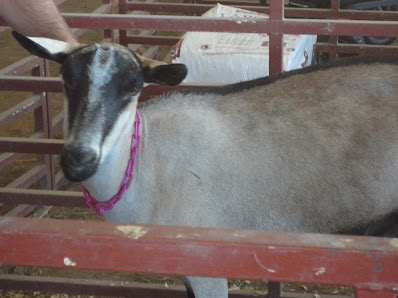 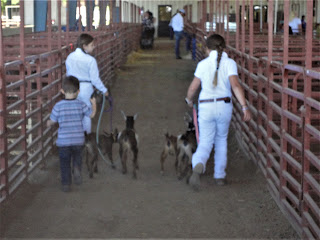 Raising animals is a great way for kids to learn compassion, responsibility, team work, and how to win (or lose) with good sportsmanship.
My Nubian, Tanzie 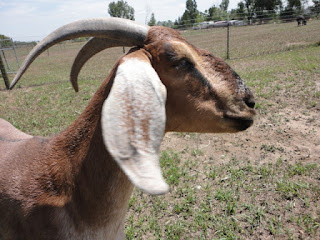 My Nigerian dwarfs, Belle and Beanie 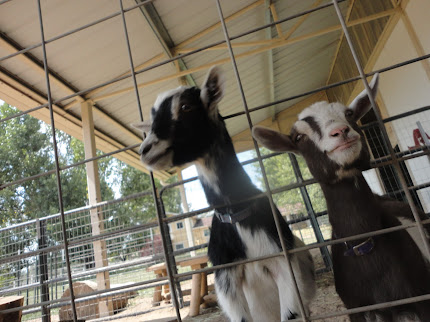 Goat milk is the most commonly consumed type of dairy in the world,  65% to 72% of all dairy consumed globally is goat milk. Goat milk is thicker and creamier than cow milk or plant milks, and goat milk has more nutrients. It is easier to digest, presents less risk of milk allergies, and offers better heart health while providing an excellent source of protein
calcium  potassium phosphorus and magnesium. 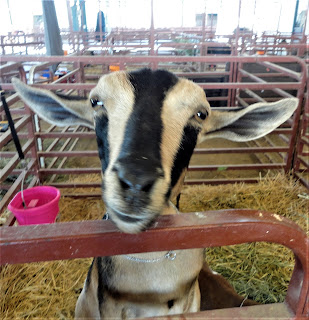 Bye, thanks for coming.

The Anglo-Nubian is a British breed of domestic goat. It originated in the nineteenth century from cross-breeding between native British goats and a mixed population of large lop-eared goats imported from India, the Middle East and North Africa. It is characterised by large, pendulous ears and a convex profile.
Males can weigh up to 310 lbs females 240
The Nigerian Dwarf is an American breed of dwarf goat. Like the American Pygmy Goat, it derives from the West African Dwarf group of breeds of West Africa.
The Alpine is a medium to large sized breed of domestic goat known for its very good milking ability. They have horns, a straight profile and erect ears. The breed originated in the French Alps.
The Saanen, German: 'Saanenziege', French: 'Chèvre de Gessenay', is a Swiss breed of domestic goat. It takes its name from the Saanental in the Bernese Oberland, in the southern part of the Canton of Bern, in western Switzerland. Wikipedia

The Toggenburg or Toggenburger is a Swiss breed of dairy goat. Its name derives from that of the Toggenburg region of the Canton of St. Gallen, where it is thought to have originated. It is among the most productive breeds of dairy goat and is distributed world-wide, in at least fifty countries in all continents.
American Lamancha, or more commonly, simply Lamancha or LaMancha, is a formally recognized breed of dairy goat, first bred in California by Mrs. Eula Fay Frey about 1927. Later she moved the herd to Glide, Oregon for further development. no ears

Posted by GiniRifkin at 2:19 PM