The Return of Mickey the Goose 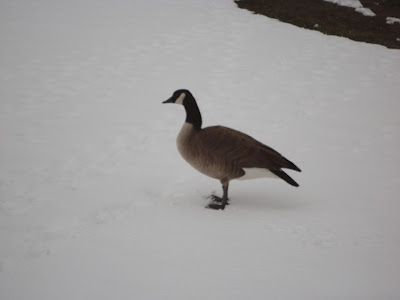 Our Canada Goose has returned. We're so glad he/she survived the winter and the hunters. Mickey looks bigger and pretty healthy, and we wonder what adventures Mickey might have gone on over the months of migrations. 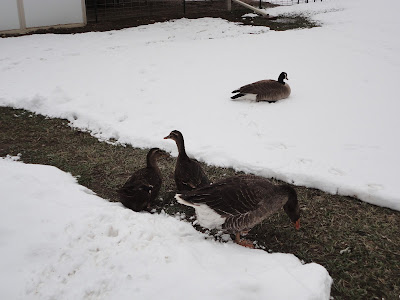 Lolly, Gabbie, and Abbey,
are glad to share the spring grass.... 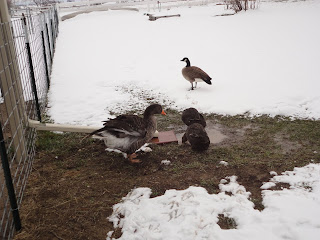 Hunters believe Canada geese are the smartest of birds. (They especially say this when they come home empty handed.)

The geese are monogamous throughout their lives, unless their mate dies. They have a variety of at least ten distinctive calls.


Their eyesight is very good, and they can see more than 180 degrees horizontally and vertically which is very useful during flight. Their vision is mostly monocular, meaning both eyes are used separately, greatly increasing the field of vision, but limiting depth perception. Canada geese can live up to twenty-four years in the wild. There are eleven subspecies of Branta canadensis- and the proper term for them is Canada geese, not Canadian Geese. While migrating, they can travel more than 1000 kilometers (almost 622 miles) in a day. The circumference of the world is 40008 km. This means that they could fly around the world in approximately 40 days!
When gees fly in formation, do you know why one side of the V is always longer than the other?  Geese can't count! 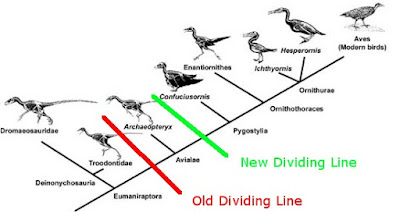 Once related to dinosaurs, birds are considered the most successful vertebrates. They outnumber mammal species twofold. 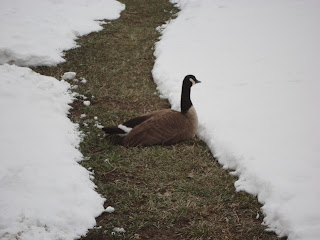 Good to see you Mickey, but since you can produce 2 lbs
of poo per day, go visit the neighbors for a while. 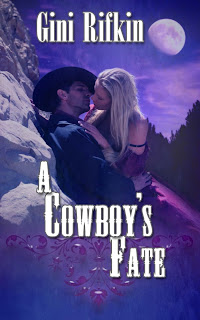 Visit me at www.ginirifkin.com
Posted by GiniRifkin at 10:51 AM No comments: 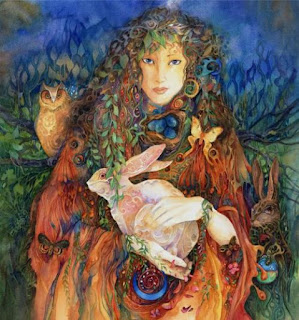 The Vernal Equinox takes place each year between March 19 and March 22, while Easter always occurs between late march and early April. In the past, beginning with the pagans, this time of year was celebrated as one of renewal and rebirth. Christians adopted the symbolism to represent the resurrection of Christ rather than the earth itself.

According to one myth, pagan children would present eggs as a gift to the goddess in return for the coming of the spring and to symbolize birth and new life.  Christian traditions incorporating eggs have not strayed very far from this practice. The popular depiction of the rabbit associated with the Christian celebration has its roots in the pagan tradition as well. Ostara was said to have been so touched by the gifts, she recruited her minions to return the eggs to the children in baskets.

No, not those guys. 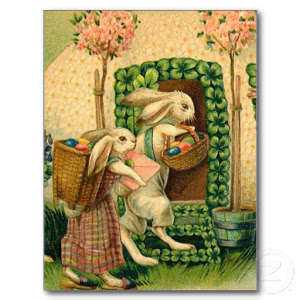 Her minions were rabbits.

March is also known for the saying "Mad as a March Hare", so be careful driving. Those bunnies are only thinking about one thing, and it isn't whether or not it's safe to cross the street. 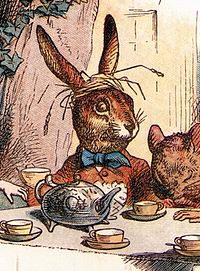 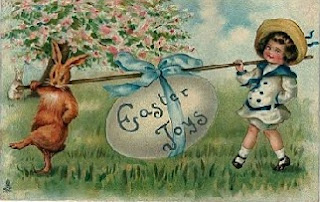 Take a moment to catch your balance,
look around at all the things for which you are thankful.
Take heart as we head into Spring and new beginnings. 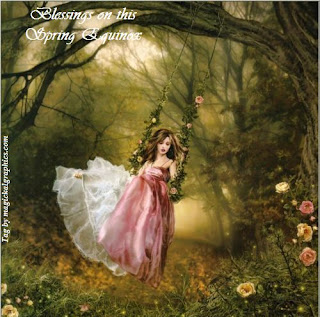 Prayer to honor the goddesses of Spring.
Hail, and welcome!
Green life returns to the earth
blooming and blossoming
once more from the soil.
We welcome you,
goddesses of spring,
Eostre, Persephone, Flora, Cybele,
in the trees,
in the soil,
in the flowers,
in the rains,
and we are grateful
for your presence.


Posted by GiniRifkin at 8:55 AM No comments:

NUNS AND NURSES of the KLONDIKE

Women came to the Klondike on selfless missions, wanting to help those who lost their health or their souls while hunting for gold. Missionaries and Salvationists came on "God's command," inspired by the prospect of thousands of sinners awaiting conversion.

Father William Judge, a seven-year veteran of the gold-mining
communities in Alaska, established the Dawson's 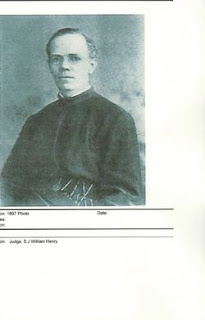 Catholic church and the Klondike's first hospital. He arrived in Dawson in 1897 and was soon overwhelmed by the demand for care coupled with the burden of scarce resources. He needed help,and initially upon three Sisters, all named Mary--Mary Hohn Damascene, Mary of the Cross and Mary Joseph Calasanctius from St. Ann in Holy Cross. 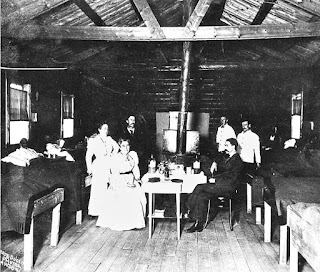 Nurses were also present among the women of the Klondike. 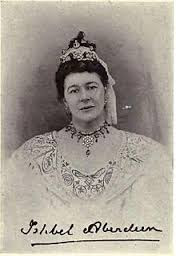 In Ottawa, Lady Ishbel Aberdeen, wife of the governor general, heard the call, and working with the Canadian government,sent a group of nurses to the North.

Candidates had to be unmarried, at least twenty-eight years old, and be a graduate of a recognized nursing school. They were warned they would have to dress very plainly and not curl or crimp their hair. Three were Canadians and one recent immigrant from England. They reached Dawson one month after the Sisters of St. Ann and found their skills desperately needed to care for the many victims of the typhoid epidemic raging through the Klondike.

Here is a quote from Georgia Powell's diary. “From mountain to swamp to bog we went - bogs into whose cold mossy depths we would sink to our knees, and under which the ice still remains; swamp where we trampled down bushes and shrubs to make a footing for ourselves and where the mules stuck many times, often as many as 20 all down at once, sometimes having to be unpacked to be taken out, our baggage dumped in the mud and where the mosquitoes held high revelry.” 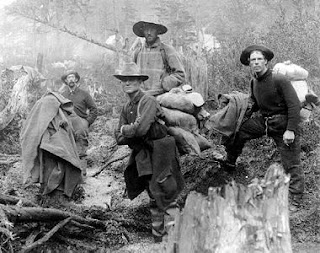 News of the nurses’ presence in the Yukon spread quickly!

Rachel Hanna wrote “We nurse have not been idle on this trip; rarely a day goes by but a packer or a miner or an Indian, or one of our own soldiers turns up for medical help. I swear the mosquitoes must carry the news of our presence; one man traveled 14 miles to reach us!” June 17, 1898. “Oh, what a disappointing day this has been! We swept into Selkirk as shining and as military as we could be, only to find the place almost deserted; everyone had moved to Dawson. And to make matters worse there is a typhoid epidemic there (Dawson) and there is a rumour that Miss Powell has it herself,” Rachel Hanna wrote on September 13, 1898. 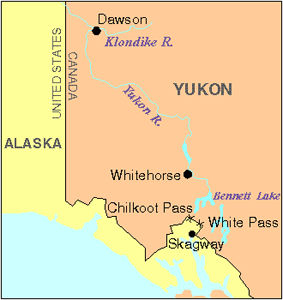 So the contingent pressed on to Dawson, only to be met with more disappointing surprises.
After looking at the state of health care in the region Hanna, who had worked as a nurse for eight years, was “appalled. “The beds at the hospital are so close together that a nurse must go sideways between them; some of the windows are covered only with canvas,”

Excerpt are from MacBride Museum of Yukon History.

The conditions in the Crimea were equally
desperate and challenging. 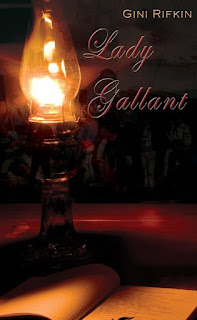 Read LADY GALLANT and follow Josephine Posey, a nurse in Florence Nightingale's brigade, as she helps the wounded and re-discovers love.
buy at Amazon only $2.99

Disowned by her father and still mourning the death of her fiancé, Josephine Posey joins Florence Nightingale’s brigade of nurses bound for the Black Sea. Thousands of British soldiers desperately await these angels of mercy and a new life awaits Josie. Amidst the chaos of death and despair, she finds a spark of hope, lighting the flame once more inside her soul.

Posted by GiniRifkin at 1:31 PM No comments: