Soda Bread BEFORE baking soda and the Arm and Hammer revolution. 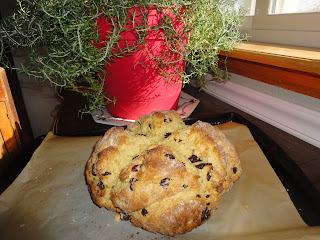 Did you enjoy a great loaf of Irish Soda Bread on St. Patrick's Day?

What did they use before baking soda was invented?

Native Americans knew the secret of soda ash, used in their baking, and potash and pearlash was used in the 17th and 18th centuries by Colonists adding a distinctive flavor to baked goods.

Potash starts with lye, produced by passing water through hardwood ashes. Evaporating the lye water leaves behind the solid potash. Pearlash is refined potash derived by baking it in a kiln to remove impurities. 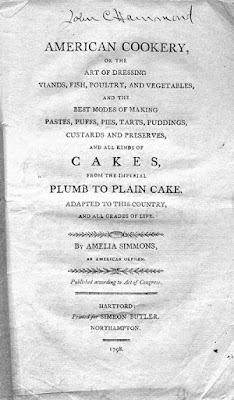 In 1796, Potash shows up as an ingredient in recipes in the first American cookbook American Cookery. 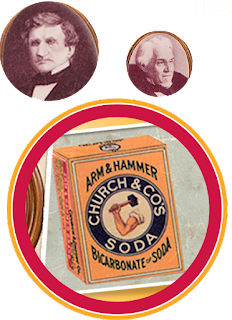 1843: Alfred Bird, a British chemist, makes the first version of baking powder to help out his wife, who was allergic to yeast.
Working with this theory,  in 1846 brothers-in-law Dr. Austin Church and John Dwight began preparing bicarbonate of soda for commercial distribution. They packaged their product by hand in paper bags in Mr. Dwight's kitchen. This product was easier to use as it did not require two ingredients mixed at time of cooking as did baking powder.
Over the years, the company went through many changes in company mergers and in advertising.

They started out with the Cow brand, before settling on the now iconic Arm & Hammer symbol. In 1860's they mailed out recipes and suggestion for use. 1880's they offered "beautiful birds of America" trading cards. And in 1907, way ahead of the curve, they began using recycle material for packaging. 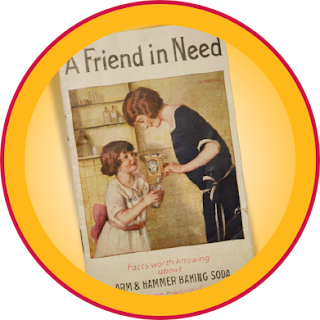 In 1922 they published  "A Friend in Need" health education booklet, touting it as a "proven medicinal agent." good for bathing and cleaning teeth. 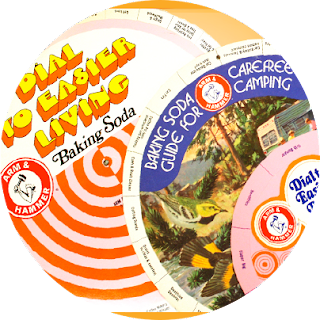 There seemed no end to the Company's advertising genius. In 1950's they came up with the reference "wheel" which shows consumers how to utilize Baking Soda's versatility around the home. And 1970's  the first nationally-distributed, phosphate-free detergent, and a new way to keep your refrigerator fresh.

They also sponsor the first Earth Day! in 1970.


Today baking soda is found in many products from toothpaste to cat litter. Sometimes the old ways are the best ways.

Love to fish, love to ride horses?
Do both at the same time, and end up
with a wonderful shrimp dinner. 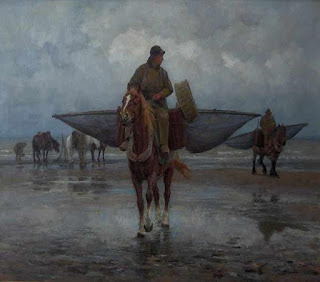 This is not a new idea but rather a very old one, practiced for centuries by the fishermen of  Oostduinkerke, in West Flanders, Belgium


Brabant horses, a regional breed that is large and sturdy (generally around 5’7”, or 16 hands, at the withers), with dense feathering on their lower legs. 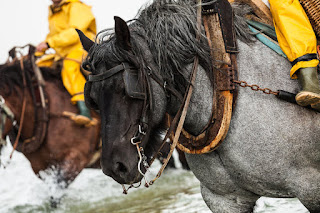 Choosing the right horse is a crucial part of the equation," D’Hulster told the Times. “The first time a horse sees the sea and the waves, you can see it running back. They don’t like it.” But the right horse is a lifelong companion. “There is such a love story between the horse and the fisherman,” 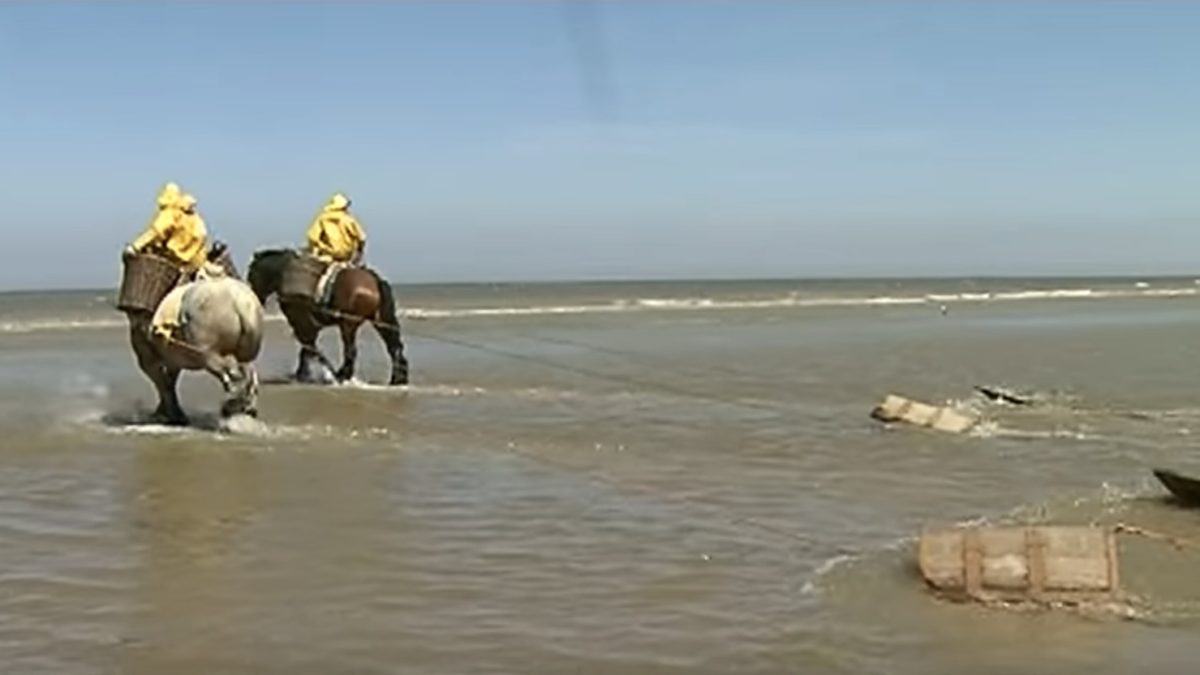 Behind them, a 30-foot funnel-shaped net stretches back into the waves. As the horse walks, a chain dragged over the sand creates vibrations—causing the shrimp to jump into the net. 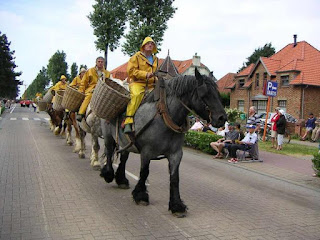 Slowly, they go to and fro, walking the length of the flat coastline, as the net fills with shrimp. Once every half hour, they return to the beach: The horse has a few moments to rest as the fisherman empties the net, using wooden sieves to sift through the catch. 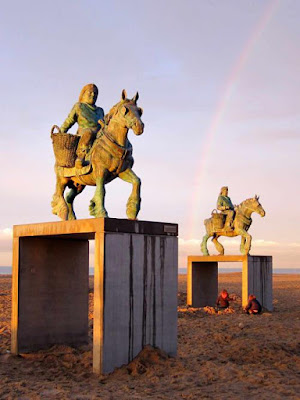 Jellyfish, small fish, and other unwanted sea life are jettisoned back into the ocean, while the shrimp are placed into vast baskets dangling by the horse’s sides. Once they have enough, perhaps 20 or 30 pounds of shrimp, they will return home,


Successful fishermen must have discipline and a deep love for the sea, their horse, and their heritage.