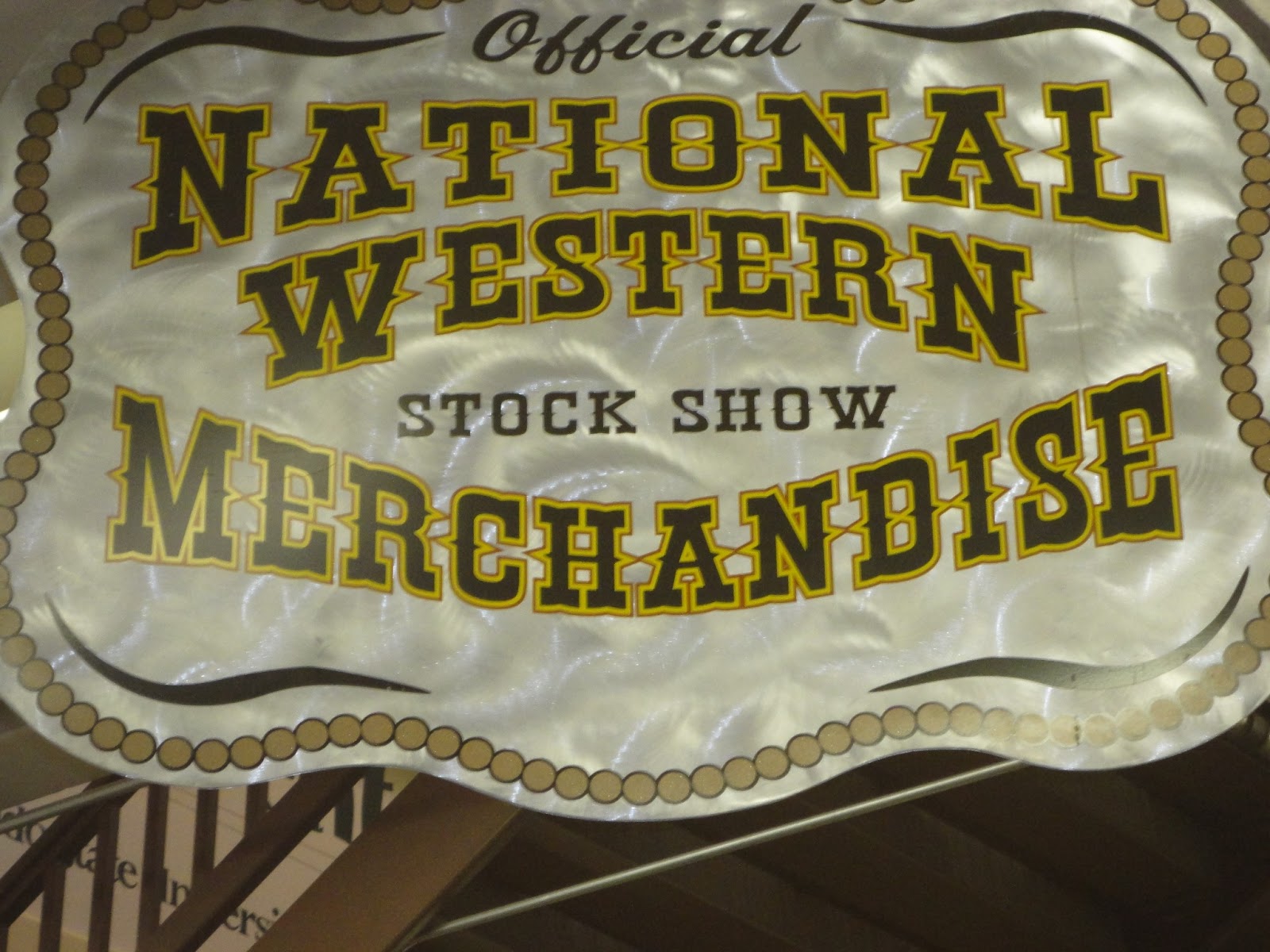 Every year, my friends Norma and Carol, take me to the Stock Show. We pack our lunch, brave the cold, and try not to spend all our hard earned cash, which isn't easy because Cowgirls know how to do BLING. 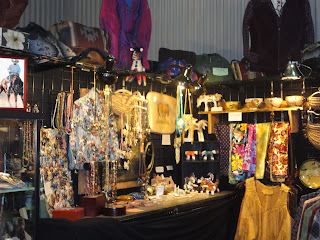 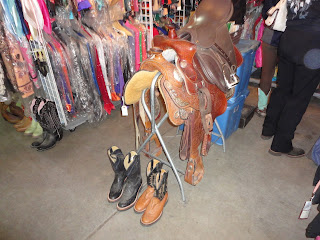 The stock show has it all Jewelry, boots, saddles, sparkly outfits, purses....., 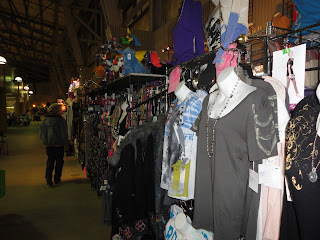 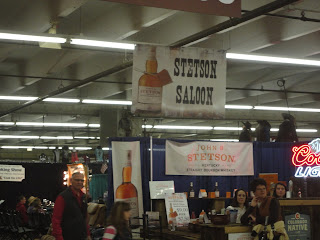 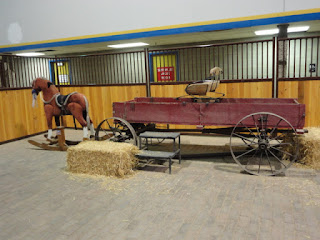 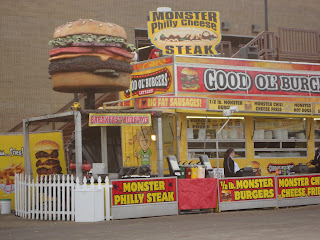 
There are also booths with educational material generally featuring information about HORSES. 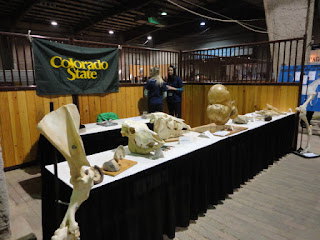 The folks from HawkQuest were there with several gorgeous rescued predator birds. For more information on their wonderful organization go to www.hawkquest.org 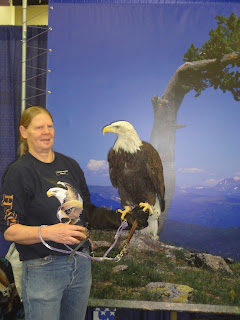 I don't support the rodeo portion of the Stock Show as I find both calf roping and mutton bustin' to be cruel and un-evolved types of amusement. Animals have it pretty darn tough in this world without we humans adding to the misery. 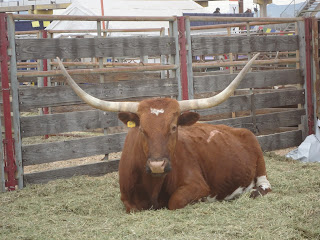 And as I am a vegetarian, I'm saddened to know many of the animals are bred for food. But I am also mesmerized by the beauty of the horses, especially the draft breeds, to stand beside them is breathtaking. So each year I go, perhaps a hypocrite, drawn to the opportunity of seeing marvelous creatures that otherwise would not cross my path.

Posted by GiniRifkin at 9:34 AM No comments:

SPECIAL DELIVERY
a PUBLISHER'S PICK for 2012 And thank you, Krista Ames, from Fall Into Reading Reviews for reviewing and loving my story. She says:


I love cowboy stories no matter what time period they are set in.  There’s just something about a cowboy…sexiness, handsome good looks or even his natural, go with the flow attitude maybe?  Well whatever it is, Virgil Kincaid, the cowboy in Special Delivery was one of those.

In this story set in in 1888, we meet the hero Virgil Kincaid who after a few too many years brushing with the law and paying his dues, is now the town Marshall of .  A quiet place where hardly anything ever happens unless it’s a brawl at the saloon over a game of cards.

Over an apparent murder on the outskirts of town, the is thrown into an investigation in which the heroine is right in the dead middle of.  (No pun intended)

Here is where our heroine Miss Mariah McAllister enters.  She is the daughter of Doc McAllister, the only doctor in town and she unnerves the at every turn.

She’s extremely independent, self-sufficient and don’t forget head strong.   She’s very focused on her soon-to-be expecting patient but just can’t stay out of the murder investigation for the British man she found outside of town.

The chemistry between these two excellent characters is riveting and has the perfect makings for a romance.  Trust me I could go on and on but what fun would that be for you?  Believe me when I say you won’t want to miss finding out what happens to these two in this once sleepy little 1888 town.  I’m sure glad I did !!
This book won my 5 leaves !!


With a special shout-out to THE WILD ROSE PRESS, for publishing my story, and to Amanda Barnett for making it the best it could be.

Posted by GiniRifkin at 11:29 AM No comments: 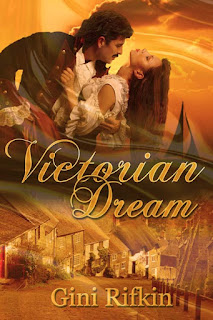 Free, without Amazon Prime,
At  www.amazon.com key in Victorian Dream by Gini Rifkin


A murder, a kidnapping,
and a marriage of convience,
sure can ruin the best laid plands.

Emotionally scarred after the death of his wife, Yankee sea captain Walker Garrison bans romance from his personal manifest, shipbuilding is his only passion. The transatlantic partnership between Walker and Trelayne's father seems a grand idea until her parents are critically injured and one of 's crew turns up dead. On the trail of the man responsible, sets sail for . But, after meeting his new partner's daughter, protecting Trelayne and not falling in love with her may prove impossible.

Will he find the murderer,
but lose his heart?

Excerpt:
“Have I missed the first waltz?” asked, escorting Trelayne to the center of the room.

“No. I’ve allowed none to be played, and my poor guests are near to the point of exhaustion from quickstepping about the room.”

He gave a chuckle, taking a step backward, his gaze gliding over her from head to toe. “You appear to have held up beautifully.”

As they stood before one another, a hush blanketed the room. It was one tiny moment, filled with a lifetime of anticipation. Coming to her senses, she caught Penelope’s attention and nodded toward the orchestra. Her friend rushed toward the musicians, nearly tripping on the hem of her dress. The lilting strains of Tchaikovsky soon swirled through the air like a welcoming breeze, and her guests issued playful hurrahs and hurried to find their partners.

Captain Garrison, male elegance infused with animal-like grace and strength, swept her into his arms—and into a dream come true.

When he solidly placed his hand at the small of her back, a tingling sensation shot straight up her spine to the roots of her hair. The resulting effect was more potent than wine. She was dizzy with desire, giddy with happiness. She must remember to breathe.

They stood so close, only their clothing and the heat of their bodies between them—a glorious temptation, just beyond reach. Teasing and taunting, it was a fleeting taste of what she yearned to partake of fully.

“I’ve thought a time or two about holding you in my arms,” he admitted, in a husky voice. “It feels even better than I imagined.”

“What other thoughts have crossed your mind?” she dared to ask, finding the courage to stare up at him.

His eyes crinkled at the corners, but his gaze held passion as well as mirth. “Things a man ought not discuss with a lady.”

Posted by GiniRifkin at 10:03 AM No comments: