What a thrill to hear my story come to life.
Thank you Wild Rose Press
and narrator Richard L. Walton 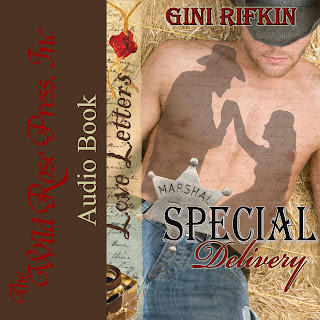 Five stars
From Fall Into Reading
and Still Moments Magazine.

Buy at Audible.com
Buy at The Wild Rose Press
Sample at Amazon 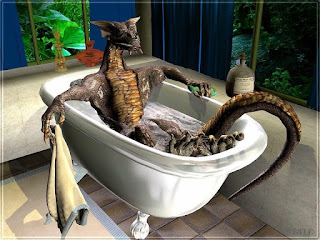 Relaxing in the bath? 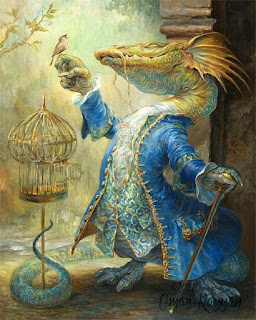 Out for your daily walk? 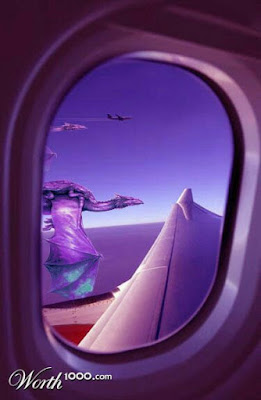 Bound for adventure in faraway places?

A mysterious letter and the drop-dead handsome town marshal, are the last things Mariah expects to find making rounds as a midwife.

Mariah McAllister plans to be married before her next birthday. Too bad Marshal Virgil Kincaid barely knows she’s alive. Not one to give up easily, she’s determined to show him she has an abiding passion for more than her work.

Virgil Kincaid loved a woman once—after she broke his heart, he spent three years in prison. Women can’t be trusted, no matter how good they look. He’s sworn off relationships in favor of Saturday night poker games. Life is simple—the way he wants it…until a stranger turns up dead in the road.

Forced to work side by side with Mariah, Virgil begins to wonder if she might be his second chance at love. As they trade kisses and oh so much more, he’s willing to take the gamble. But when a killer threatens their once peaceful town, all bets are off.

Posted by GiniRifkin at 10:09 AM No comments:

Price reduced/only $2.99 to warm your heart on a cold Winter's night.

The Dragon and The Rose 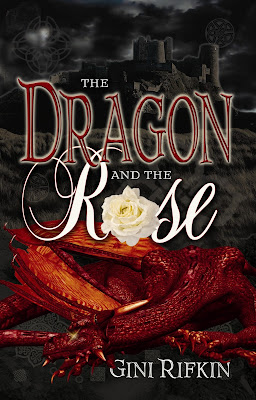 Sir Branoc Valtaigne, ordered to Northumbria By King William II, fights to keep peace along the Scottish border. A formidable battle-tested warrior, he honors his vows to God, king, and country, but a young woman’s smile may prove to be his undoing.

Martanzia Verheire, tricked into standing as good faith hostage for Flanders, seeks freedom from castle Bamburgh and love from Sir Branoc. As she clings to the Celtic dragon statue given to her by her mother, she leads them all to the brink of an era where true magic will be gone forever but where dreams can still come true.

Reviews:
A masterful job of plot and character development /Between the Lines

This is an ENCHANTING story!/The Long and Short Review

Posted by GiniRifkin at 12:33 PM No comments:

Can you imagine visiting here in the dead of night,
with a full moon of course.

This grave is on the National Register of Historic Places, and is visited by 20,000-30,000 people annually. It has been featured in "Life", "Newsweek", and "People" magazines, and as well as on the "Ripley's Believe It or Not" television show.

John Milburn Davis erected this memorial to "the sacred memory" of his wife, Sarah. After she died in 1930, he almost immediately commissioned the work to begin. 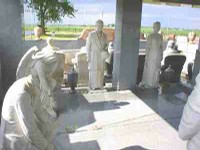 The life-sized Italian marble statues of the Davises were striking in their detail and accuracy. The cost of the memorial was staggering in a small town during The Great Depression. The stubbornness of Davis toward his project in the face of public criticism was prelude to a legend. 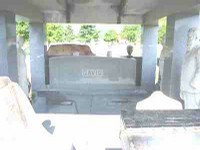 The story began when Kentucky-born John Davis followed some other Kentuckians to Brown County in 1878. He met and married Sarah and they settled on 260 acres north of Hiawatha. They were hard-working, frugal and childless. They moved to Hiawatha in 1915 and lived ordinary lives of quiet routine.

When Sarah died, the script changed. John Davis suddenly became a big spender. He removed a simple "Davis" headstone from his wife's grave in Mt. Hope Cemetery, and began to erect a massive memorial. 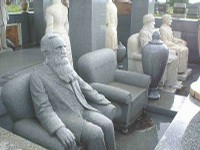 In a few years, 11 marble or granite statues were positioned beneath the canopy or surrounding it. These included an empty overstuffed chair, a winged angel-version of Sara in prayer and figures of Davis without his left hand, which he lost to infection.
As the memorial grew, so did the dismay of townspeople. Hiawatha was without a hospital and swimming pool. Community leaders wanted Davis to underwrite these projects -- and they told him so. He ignored their requests.

Roving American reporter Ernie Pyle, who later won a Pulitzer Prize for his work, interviewed Davis in the late 1930s. Davis told Pyle he was unmoved by the community's appeals. "They hate me," Davis said. "...But it's my money and I spent it the way I pleased."
The eccentric Davis continued to watch over his memorial into the 1940s. He had a marble and granite wall erected to discourage visitors from walking among the statues. He visited the memorial weekly and sometimes personally greeted tourists.
Through it all, Davis never wavered in voicing devotion to his Sarah, though others were skeptical. Nor did he and townspeople ever come to terms about his decision to sink money into the memorial instead of investing in the town. What is not as widely known is that he secretly gave away tens or thousands of dollars to the needy, a few hundred dollars at a time.
Davis died in 1947 and was buried next to his wife under the marble canopy. The funeral was poorly attended and the Baptist minister conducting the service gently scolded Davis' fellow citizens for not accepting the memorial-builder as he was. Said the pastor in defense of John Davis: "All of us have peculiarities."
Today an air of mystery hangs over the memorial, sort of a second canopy of skepticism and resentment.
Some of his peers insist that Davis never treated his wife as royally in life as he did in death. They suspect his generous gift was intended more as a slap in the face to his wife's heirs than it was a tribute to Sarah. And resentment lingers over Davis' refusal to be a benefactor to Hiawatha in its hour of need.
Yet the irony is that the Davis Memorial has benefited the community. Every year tens of thousands of visitors come to Mt. Hope Cemetery to view the marble statuary and to hear the story of the memorial's eccentric creator. Built in memory of Sarah, the imposing work has become an enduring public attraction.
The Davis Memorial is today a piece of history -- and of mystery. Hiawatha knows whodunit: John Milburn Davis. The question remains...why?
The above posted by the City of Hiawatha

Angel with Sarah's face at foot of John's grave. The head
was stollen from the satatue at the foot of Sarah's grave.

"Kindly keep off the Memorial"

Posted by GiniRifkin at 10:49 AM No comments: