Welcome back to Redford Falls with Kissed By Winter 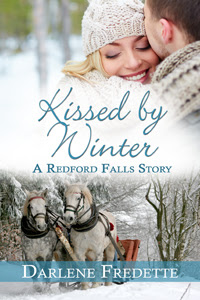 A woman who knows what she wants
and a man who knows what he needs.
Back Cover
She's been on a flight from hell for over eight hours, lost four hours of daylight, and arrived in temperatures twenty degrees lower than accustomed to. Disliking winter for a reason she refuses to discuss, Danielle Lerato would rather be anywhere than in Redford Falls. She needs to get the job done and return home before getting caught up in the small town's charm—and the arms of the handsome, brown-eyed restaurant owner.

Andrew Bailey's first encounter with the buttery blonde didn't go so well, and he well-remembers the chill of the glass of water she dumped over his head. Now, nine months later, a raging storm drops Danielle back into his life. She's determined to leave, but he'll do whatever it takes to convince her to fall in love with Redford Falls…and him.

Excerpt
“You!” she said.
Wearing no hat or scarf to offer warmth from the cold, she glared a stare frostier than the freezing rain falling from the sky.
“You’re the guy from that restaurant. The one who spilled tomato sauce on my designer suit.”
Andrew dropped the shovel. Blondie? He never thought he’d see the sassy blonde again. Nine months ago, unsatisfied with the restaurant and its menu, she barrelled toward the door, knocking into his arm and causing him to drop a plate of chicken parmesan. She called him a country redneck and poured a glass of water from a nearby table over his head. The thunderous blonde swore she wouldn’t set foot in Redford Falls again. So what was she doing here in the middle of a blizzard? Sighing, he reached inside the car.
“What are you doing?” She held up a shaky hand.
“Saving your butt.” He slipped an arm around her waist and pulled her close. 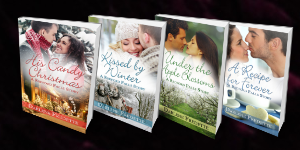 My first introduction to Redford Falls was in a previous story by Darlene called His Candy Christmas. Having truly enjoyed the first book I was excited to get updates on the previous characters, as I returned to this enchanting resort town in Kissed by Winter.
Danielle Lerato is a strong heroine with a mind of her own. Work is a big part of her life and she seems to love the fast-paced lifestyle, the fashions, the ritzy food, and being warm in Victoria British Columbia. None of these things are abundant in Redford Falls, but being a loyal friend and employee, Danielle heads there and ends up stranded inn a blizzard.
(Darlene's spot-on description of this deadly situation had me chilled to the bone and reaching for a comforter and a hot toddy.)
The hero Andrew, enjoys the rugged out-of-doors, has a down-home philosophy, and owns the best restaurant in town. He seems destined to try and save Danielle in more ways than one.
There are some well thought out twists to keep the plot points believable, and the writing style, of which I am a big fan, keeps the story moving quickly.
Change seems the underlying force. The town is changing as it grows, the locals are caught between the old and the new, and Danielle undergoes a change as to what might be important in her life.
Challenges are also abundant for Andrew and his sister Chloe, as just like Danielle, prior tragedies effect all their lives.
There are well written supporting characters making the reader feel right at home as they stroll down the snow laden streets of Redford Falls. I'm guessing some of these interesting characters will take center stage in books to follow, and that's good news for all of us.


Website  Blog  Facebook Twitter Amazon Author Amazon Canada  Barnes and Noble Google Play
Ask the author:
What is your favorite meal to cook?
Roasted chicken breasts with all the trimmings.
That sounds wonderful!

If you could tell your younger writing-self anything, what would it be?

It’s okay to not be an international bestselling author. Just enjoy the art of writing the story and seeing your work published.

What great advice. The pressure of trying to "hit the big time" can lead to forgetting why we write, and crush the joy out of it.
See you in October for..... 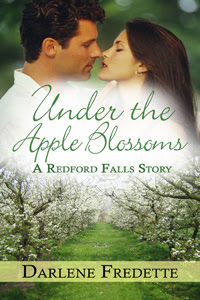 Darlene resides on the Atlantic Coast of Canada where the summers are too short and the winters are too long. An avid reader since childhood, Darlene loved to develop the many stories coming to life in her head. She writes contemporary romances with a focus on plot-driven page-turners. When not working on her next book, she can be found with her husband, her daughter, and her yellow Labrador. Darlene’s favourite pastime is taking summer day-trips to the Valley to soak in the small-town feel.

The allure of the sea has always called to humankind, and Douglas Carl Fricke certainly answered that call.

Fricke has written a wonderful firsthand accounting of his catamaran crossing of the Atlantic Ocean. The spirit of adventure, the camaraderie of the crew, and the bravery shown by all onboard would have made Thor Heyerdahl smile. I soon learned that facing down the ocean in a small craft, with no land in sight, takes a special kind of person.

The writing style and pacing kept the story flowing even when more in-depth sailing information was addressed. And the author’s gift for describing his world with but a few well-chosen words, made the people and places around him come alive. I especially enjoyed reading about the first mate, Joni. Adept in the galley or at the helm, she kept their bellies full regardless of the rolling waves or what was available in the larder.

This nonfiction read is set in 1986 with the mention of songs, books, and the social culture of the 70’s and 80’s nicely sprinkled in around the sailing lingo. I also found the historical references, and the chapter quotes of interest.

If you’d like to learn what sailing is really like, you’re sure to enjoy this adventure of the high seas.

Catamaran Crossing is available at... 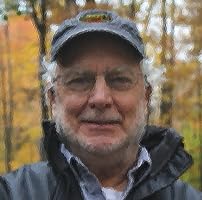 Doug has been a family historian for years and has published genealogical works covering two of his European ancestral families.

Recently, he has ventured into sharing some of his most daring sailing adventures through storytelling. He has sailed in the Caribbean, the Bahamas, the Aegean, the Gulf of Mexico and across the mid-Atlantic. He has a collection of passport visas from over forty foreign countries while traveling for pleasure, for the military, and for corporate America as a software engineer.

Posted by GiniRifkin at 8:46 AM No comments: