The Quokkas of Rottnest Island 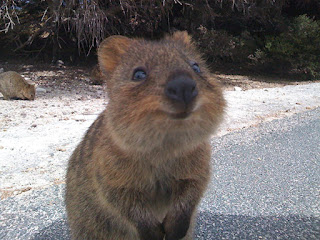 How cute is this little critter?
It's a Quokka.
In regard to their name, apparently North Americans usually pronounce it kwo-ka (rhymes with “mocha”), and everyone else says kwah-ka (rhymes with “wokka wokka”). It’s really up to you. Quokkas don’t care

Quokkas come from the same family as the kangaroo 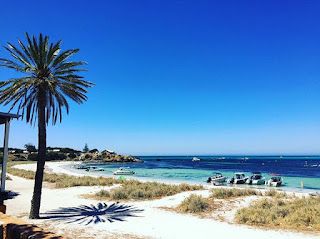 (called Macropodidae) and they live on a handful of small Australian islands such as Rottnest Island and Bald Island. 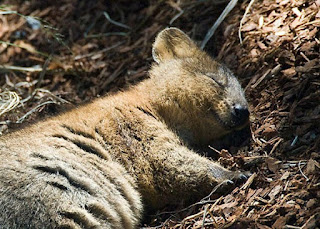 Their favorite daytime activity is sleeping. They can live up to ten years, and just like other Macropods, the Quokka is herbivorous. Unlike many other animals however, the Quokka, which has a "vulnerable" conservation status, isn't very scared of humans. 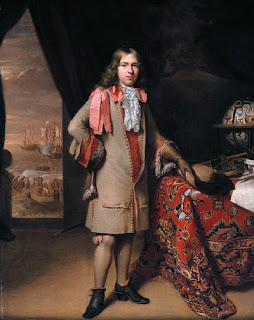 They’re the only land mammal on Rottnest Island, and have become a tourist attraction. Quokkas were first described by Dutch sea captain Willem de Vlamingh, who reported finding “a kind of rat as big as a cat.” The squeamish seaman named the island Ratte nest (“rat’s nest”), then sailed away, presumably toward more genteel wildlife. 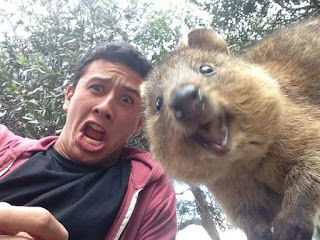 They don't seem bothered by selfies.

But remember, anybody caught even handling or feeding them can be issued a fine of up to A$300. And no, before you ask, you cannot keep Quokkas as pets. 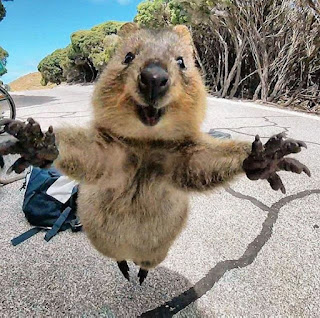 And beware, cute as they are,the Quokka can cut you. Their big feet are tipped with very sharp claws.
The rat-tailed clan makes its home in swamps and scrub-lands, tunneling through the brush to create shelters and hideouts, emerging at night to find food. And again, no you cannot have one as a pet. 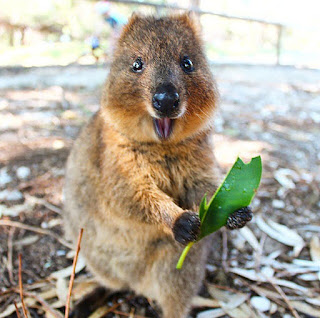 Posted by GiniRifkin at 9:11 AM No comments:

A COWBOY'S FATE
in the Almost Kiss cover contest.
We just missed being in the top three. 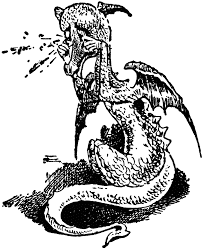 Boo hooo.
Still, we were happy and proud to do that well. Having so many people vote was a gift in itself, and was truly appreciated.

Now for something completely different
and sure to make you smile. 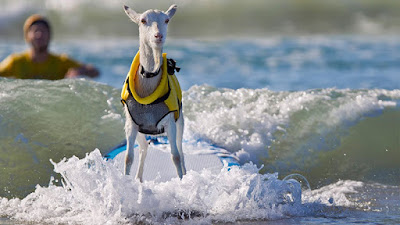 Really. Here's the video.
Pismo beach, surfing goat
No need to alert PETA,
the goatie seems to enjoys this. 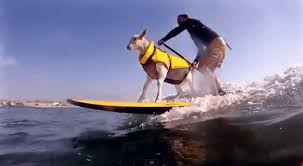 Do not show this to my goat.
She may want to try surfing,
or possibly snorkeling!
If nothing else, she's
bound to want a pretty
yellow life-vest. 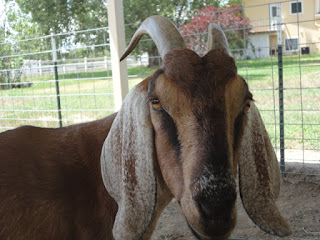 Posted by GiniRifkin at 9:09 AM No comments:

A Cowboy's Fate is Semi-finalist

in the Almost Kiss Cover Contest.

No signup required and you can vote everyday.
Keep the romance of the Old West alive!
Vote early and vote often. @ Affaire de Coeur 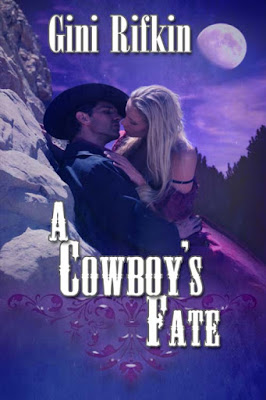 Available at Amazon
Barnes and Noble
The Wild Rose Press

Posted by GiniRifkin at 10:47 AM No comments: