The wheel turns. It's hard to believe it is Samhain already, my favorite night of the year.

Since this is the Celtic New Year, I see it as getting a leg up on setting resolutions, looking forward to new beginnings, and being thankful for the past 12 months.

I hope your Celtic year was prosperous, enlightening, and kind. Filled with family and friends. I am realizing more and more that the support of others, both physically and spiritually, is the only way to learn and grow (actually to survive) on this journey. The only way not to fall off a cliff, sink in the river, or fly too high.

Listen for the wolf howling in the night, you may hear the ancient words and thoughts related to this most joyous day.

On this night, the ancestors walk abroad. The gates between the worlds are open wide. We call upon our ancestors, those known and unknown, to come among us and celebrate our reunion on this night of Samhain. We call upon our loved ones who have passed into the to come and feast with us tonight. We offer remembrance and honor to their spirits. They help us to realize that at the time of greatest darkness, there is the greatest light.

We look behind us at the past year and begin to assess what we have done with our year…and what we failed to do.
We look back on friends and loved ones who have gone beyond the veil and remember them.
We look at what we must leave behind in order to move ahead. 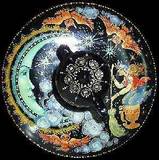 We stand between the worlds in this Time-out-of-Time. We stand at the door of a New Year in a place that is not a place. In this doorway we are neither in the past or the future, we are in the Realm of Ancestors, the .

We welcome the Lady of Avalon who gives rest and healing to those souls, who welcomes the dead, and who guides us all to rebirth. Please protect and comfort those who have gone before us. Ease their suffering if need be, remind them how much we miss them. How much we cherished having known them. How much we value the time they spent with us. 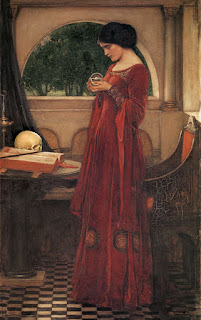 Tonight we call upon the spirits of this special realm to be at peace with us and to walk lightly among us. Help us to relinquish unnecessary burdens and walk into our future with light steps.

So leave your offering to placate the spirits.

And burn a candle that your ancesters might find their way.

Love a man in a kilt, or a knight on horseback?
The Estes Park Scottish Festival had it all. 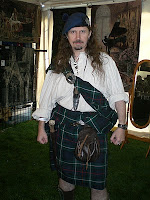 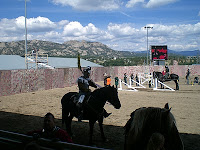 9/9/11
Although there is already snow on Trail Ridge Road, the day I spent in Estes Park was beautiful. (Thanks for taking me, Sis).

Temps in the 70's, sunny and bright, with an intermitant refreshing breeze, and the Rocky Mountains a breathtaking backdrop. Oh, and of course, gorgeous men no matter where you looked. It was a romance novel cover come to life. 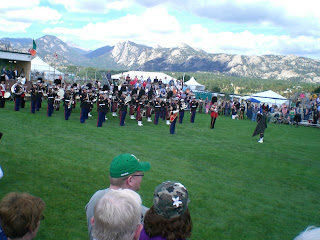 They had a "real live" trebuchet! 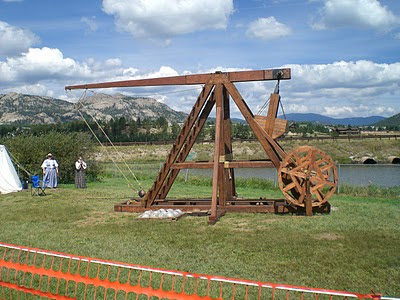 They were lobbing bowling balls into the lake at an inflatable
"Nessie".  Luckily they missed her every time. 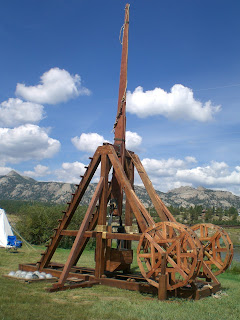 A brief history of the Trebuchet
Rocks were the first basic weapon, easy to find and easy to use, just lob one towards your enemy. Eventually someone came up with the idea of the sling, which simply uses a piece of cloth or looped strap in which a stone is whirled and then let fly.
Next came the idea of the catapult. A simple machine that throws a stone or other projectile farther and harder than a human could. The Trebuchet was capable of hurling stones weighing 200 pounds, with a range of up to about 300 yards. And once the counterweight model was invented, the rate of release was amazing - up to two thousands stones could be released in one day! The force of the Trebuchet was capable of reducing castles, fortresses and cities to rubble.
Compared to the basic catapult, the trebuchet is pretty young. The ballista- a type of catapult built like a very large crossbow, was first reported near , around 400 BC.  The mangonel was being used by the Romans around the first century, AD.  We don't find the trebuchet until the second century AD, where it was first used by the Chinese.
These types of machines became popular as both siege (attack) and defense weapons. They made their way through many cultures, probably moving from , to the via the nomadic Mongolian people. Although focused around and the Balkans, the had ties with .
In 1216, Prince Louis of used the trebuchet to attack in a bid for the English throne. The constable of castle was Hugh de Burgh - he refused to surrender. King Edward I ordered his chief engineer, Master James of St. George, to begin work on a new, more massive engine called Warwolf (what a great name). The Warwolf is generally thought of as the most powerful and most famous of the trebuchets in history.
The French made improvements to the projectile range and accuracy of the trebuchet making it the siege machine of choice in the middle ages. Soon, the Traction Trebuchet, which used people as a power source, was replaced by the Counterpoise Trebuchet, which used a weight on the short end. It was so reliable the trebuchet was still being used even after the introduction of cannons. The word 'Trebuchet' is derived from the Old French word 'Trebucher' meaning to throw over.
“Ammunition” for the trebuchet often included more than stones, such as: sharp wooden poles and darts, fire, casks of burning tar, burning sand ( this became trapped inside armor ) pots of Greek Fire, dung, dead (sometime mutilated) bodies, disease ridden bodies, dead animals, any rotting matter, and quicklime
The Trebuchet revolutionized warfare. They were usually built "on site" in a surprisingly small amount of time. And when the battle was over and the castle breeched, they would burn the trebuchet to the ground, retrieve the hardware and be ready to build the next one when the occasion arose. 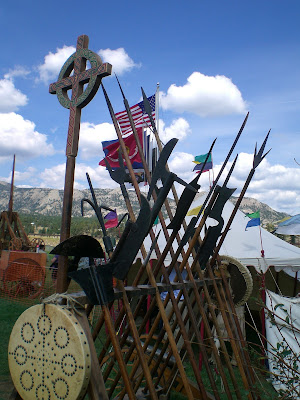 A great collection of armaments was available for perusal and purchase. 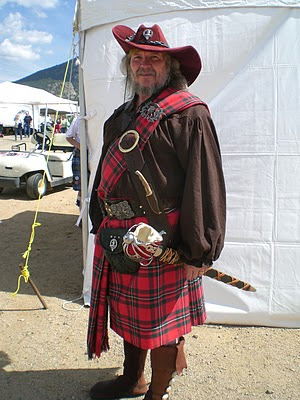 There was no shortage of interesting characters, whose regalia inspired thoughts of highwaymen and scallywags. 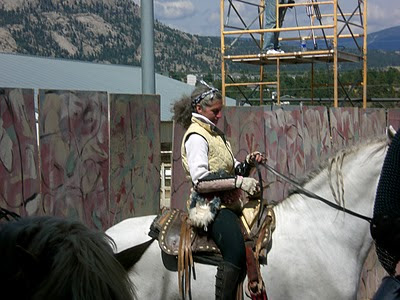 And the women took no backseat to the men in jousting or costuming. 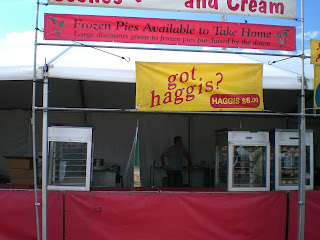 The Medieval equivilant of "Got Milk". We passed on this. The traditional recipe follows.
Wash lungs and stomach well, rub with salt and rinse. Remove membranes and excess fat.
Soak in cold salted water for several hours. Turn stomach inside out for stuffing.
Cover heart and liver with cold water. Bring to a boil, reduce heat, cover and simmer for 30 minutes. Chop heart and coarsely grate liver. Toast oatmeal in a skillet on top of the stove, stirring frequently, until golden. Combine all ingredients and mix well. Loosely pack mixture into stomach, about two-thirds full. Remember, oatmeal expands in cooking.
Press any air out of stomach and truss securely. Put into boiling water to cover. Simmer for 3 hours, uncovered, adding more water as needed to maintain water level. Prick stomach several times with a sharp needle when it begins to swell; this keeps the bag from bursting. Place on a hot platter, removing trussing strings. Serve with a spoon. Ceremoniously served with "neeps, tatties and nips" -- mashed turnips, mashed potatoes, nips of whiskey.

For more indepth information on haggis,
watch for a future posting...
The History and Mystery of Haggis.
Posted by GiniRifkin at 11:08 AM No comments: