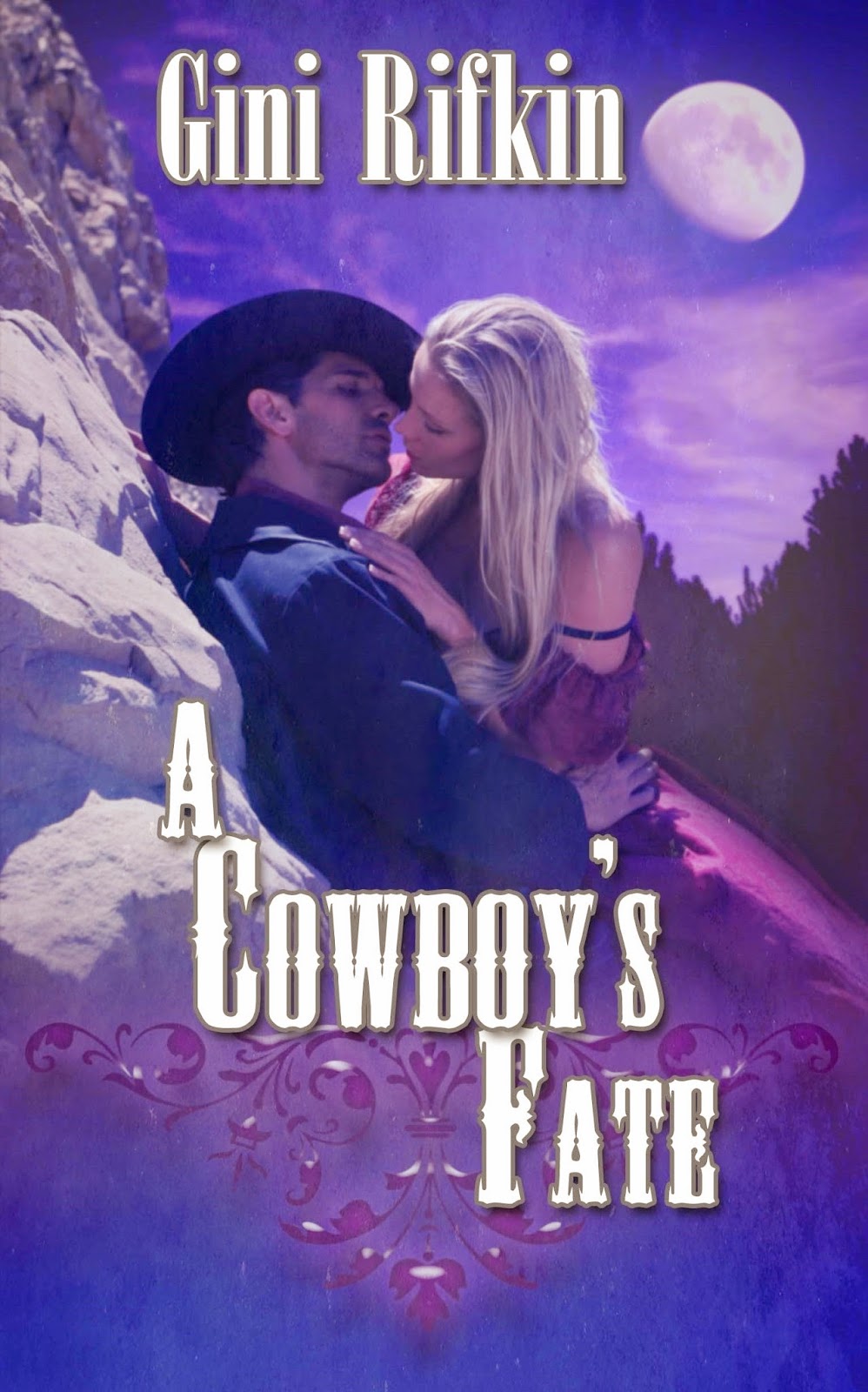 Between The Pages
A fun and entertaining story with a picturesque setting. You’ll bounce around the wagon with the charming main characters as they travel the bumpy terrain. Romance, drama, and adventure rolled into one. I was disappointed when the story ended because I wanted the journey to continue. A must read.

Posted by DarleneLF at 2:11 PM

Posted by GiniRifkin at 11:22 AM No comments:

Leadville, the name sounds dangerous,
and the town was. 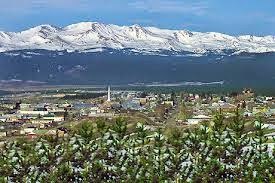 Leadville, where fortunes were made and lost in a heartbeat. And where heartbeats were often cut short by mine cave-ins, gun fights, starvation, and cold weather.

Despite being occasionally called Cloud City, it was a rough and tumble place, with flashes of cultural enlightenment and high living. The characters in my new book “A Cowboy’s Fate”, take an 1800’s road trip from Denver to Leadville, so I thought it only fitting to post a few historical facts about the notorious town, and to acknowledge some of the famous folks who walked the dusty streets. 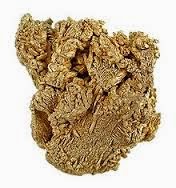 The town definitely had its ups and downs. In 1860 gold was discovered, but that played out quickly. Then in 1877 silver became the magnet drawing thousands back up the mountain.

During its peak, Leadville bragged over 30,000 residents. It became the second largest town in Colorado. With 100 saloons and gambling places, multiple daily and weekly newspapers, and 36 brothels. It was even slated at one time to be the capital. 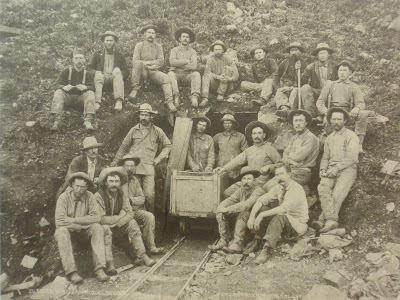 Hardscrabble miners, and ruffians of every nature “settled” the town, but the wealth amassed soon drew all manner of folk to the city, both the famous and infamous. They made the daunting trip by foot, by mule, and finally by train. 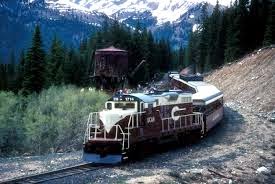 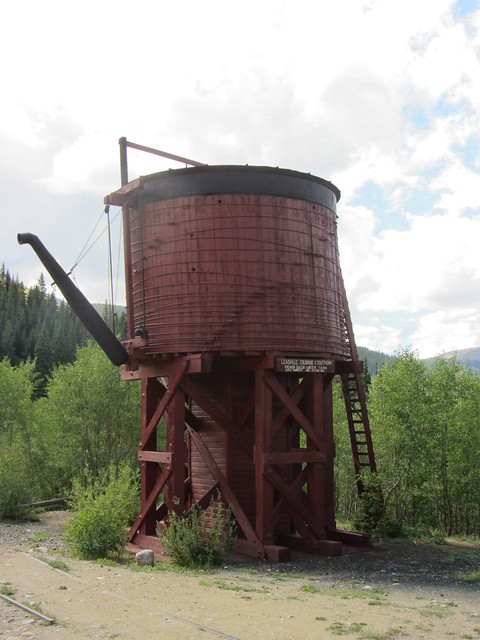 At the Top of the Rockies, or the Continental Divide, is Fremont Pass discovered by John C. Fremont in the 1840’s. Depending on which side of the divide you are on, the water and runoff from snow melt either flows toward the Pacific Ocean or the Atlantic.

The ridge of mountains starts in Alaska and runs all the way through South America. The highest spot in the United States is located in Colorado.

About 14 miles northeast of Leadville is the town of Climax, home to the once largest molybdenum mine in the world. Being a romance author, the town moniker, gives one pause, and despite claims it was named Climax because it is the highest, or turning point of elevation, it conjures visions of a more sensual nature. 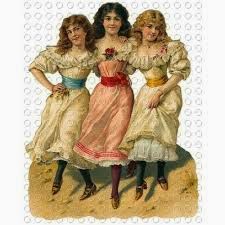 One of the most famous stories associated with Leadville is the saga of Baby Doe Tabor, and it reads like a tragic soap opera.

Horace Tabor and his first wife Augusta worked in Leadville as shopkeepers, and postmasters, bringing much needed comforts to the miners. Horace struck it rich at the Matchless Mine, but Augusta, a rather no nonsense woman, did not adjust well to high living and extravagance.

Augusta Tabor
After sticking by Horace for 25 years, their marriage was on the rocks as Horace spent his money lavishly, mostly on his own entertainment—drinking, gambling and frequenting brothels. In 1880, Augusta moved away, to live in Denver


Meanwhile, back in 1854 in Oshkosh, Wisconsin, Elizabeth Bonduel McCourt was born. Having a mother who thought her daughter could surely get by on good looks alone, Lizzie was excused from learning domestic chores as she dreamed of being an actress. 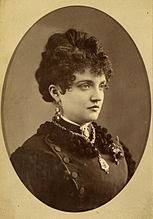 In 1877 Elizabeth (Lizzie) married Harvey Doe and they followed Harvey’s father to the Fourth of July Mine in Central City, Co. Lizzie donned men’s clothes, creating quite a scandal, as she helped in the mine. But the gold played out, and after moving to an even less charming lifestyle in the town of Blackhawk, Harvey became a remorseful alcoholic and womanizer.

In 1880, Lizzie divorced Harvey, although the paperwork was not filed until 1886. Then, promising to marry one Jake Sandelowsky's, a shopkeeper, she moved to Leadville.

the soon to be jilted Jake Sands (Sandelowsky)

By now, she had already acquired the name Baby Doe, and when Horace Tabor saw her, he was enchanted.

He left Augusta for good, and Baby Doe gave poor Jake the heave-ho.

Baby Doe wanted to get married, but Augusta refused to grant Horace a divorce. In 1882, the desperate couple found a judge in Durango who granted a divorce, but there were some “irregularities” and fast page shuffling. Undaunted, the couple married secretly in St. Louis, both were bigamists: his divorce was questionable and hers not yet recorded.

Tabor built a grand theater in Denver, and an opera house in Leadville.

The Leadville structure was touted as being the best between Chicago and San Francisco. 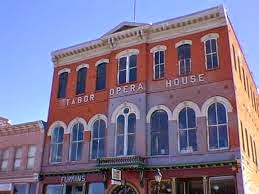 Infamous characters like ...Doc Holliday, Frank and Jesse James, Buffalo Bill Tom Horn, Bob and Cole Younger and the Daltons passed through Leadville. And stories of Wyatt Earp shooting a marble off the piano at the famous Pastime Saloon (still in operation) are a part of what has made Leadville one of the last remaining authentic early western towns. 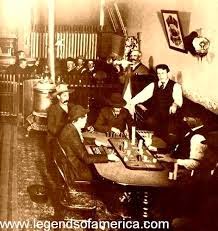 With the repeal of the Silver Act and the panic of 1893 the Tabor’s fortunes were wiped out. Horace died first, in Denver. Baby Doe returned to Leadville, and although she found religion, she could find no investors for the Matchless Mine.

Out of sheer guts and determination, she survived another 35 years, visited only on occasion by her two daughters.

During the winter of 1935, after a severe snow storm, she froze to death, surrounded by her ramblings and journal entries. Some called her a madwoman—she was definitely a woman from which legends are born, and Leadville claims her as their own.

Molly Brown
Unlike Baby Doe, Molly Brown’s fortune from the Little Johnny Mine remained as unsinkable as the lady herself. She and her husband left Leadville in 1894, relocating to Denver.

In 1895, in an attempt to draw tourists to their town to bolster their flagging economy, Leadville constructed a mammoth ice castle. It opened January 1st 1896. Encompassing 58,000 square feet, it was dubbed the Crystal Palace. The palatial building included an ice skating rink, a merry-go-round, a toboggan run, and several social enterprises, including gambling, restaurants, and dance rooms.

Unfortunately, Leadville had a very early thaw in March, which destroyed the most magnificent ice palace in history. 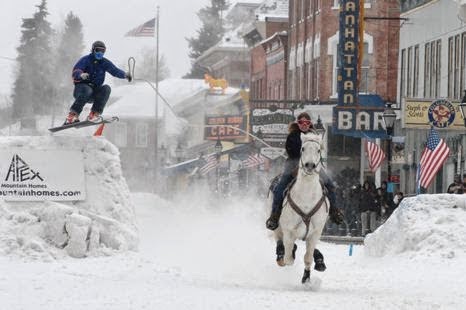 Today, one of the winter attractions in Leadville is ski-joring, where they close off main street, build terrifying ski ramps, and pull fearless skiers behind a horse running at full-gallop.


For those who prefer summer sports, there is
pack burro racing....up a mountain. 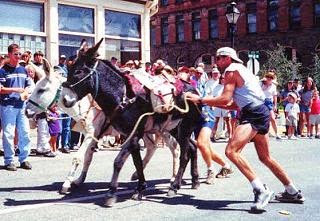 And for those of you who love the paranormal, the Delaware Hotel and Evergreen Cemetery offer several restless spirits such as Madame Molly May who is buried under a tree (and I mean under it). She was said to return to walk the halls of the brothel looking for her jewelry and checking on her "girls".


Leadville is the highest incorporated town in
North America. It got its name, not from the lead bullets shot by gunslingers, but because the sand in the surrounding area is 65% lead.

I know my characters, Cody and Britania lived a long and happy life in Leadvill. A town where, if you're lucky, dreams can come true.

Posted by GiniRifkin at 1:52 PM No comments: