Lammas and the mysterious death of William II 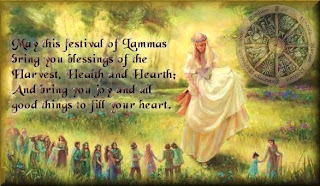 Being neither Solstice nor Equinox, Lughnassad, is a cross quarter day, and therefore a reverse barometer as far as the weather is concerned.


Known by the Christianized name of Lammas, it is typically celebrated on August 1st, although some traditions adhere to a date closer to the actual cross quarter date which is usually around August 6th. 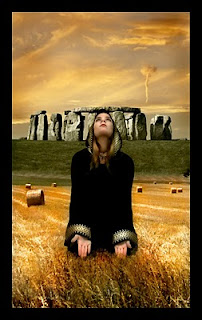 Lammas is the first harvest of the year. It is the time when the grain is ripening. Just take a gander at those golden fields of wheat. However, in modern times other fruits and vegetables are ripening too, no doubt right in your own backyard garden. Peaches, pears, tomatoes, summer squash, lettuce, as well as many other long awaited treats. It is a time when we rejoice in the plenty now available to us before the second and third harvests begin in earnest.

In Celtic culture, particularly in Ireland, it was the time of year that marriages were arranged. Young people without partners attended gatherings to seek betrothals. These betrothals were for a year and a day, giving the young couples time to determine if this marriage would bring forth offspring and if they were compatible. These handfastings were reported as late as the 15th century.


In other cultures the first harvest is associated with Goddesses such as Demeter, Ceres, Corn mother and various other agricultural Goddesses such as Baba Yaga. The male counterpart, manifests as Lugh, John Barleycorn, and a variety of other vegetation Gods. 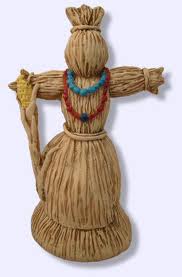 As we reap the bounty of the Mother Earth we can draw good fortune to ourselves by creating a corn dolly from the first grain to honor the Great Mother. Or, one can bake a cake of the first grains and give a portion of it back to the Earth with thanks for her bounty. 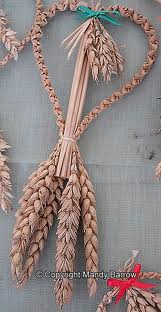 The day lends itself to agricultural festivals including corn and apple festivals. Additionally, this was historically the time of craft fairs with gaily-decorated booths dotting the ancient agricultural festival sites. Are you going to Scarborough fair? As with all pagan holidays these were days of joy and a rare day off from the daily toil our ancestors faced. Plays were held, dances brought villagers together, with reveling commencing at sunset and continued through the night.


Impossible for the Christian religion to stamp out the old ways, Lughnassad, was Christianized and converted to Lammas. Lammas means "Loaf Mass" for it was the day the first loaves from the first harvest were laid on the altar as offerings to the Christian god.


All well and good, but what does this have to do with William II, son of William the Conqueror? I beg your indulgence, we’re getting there. 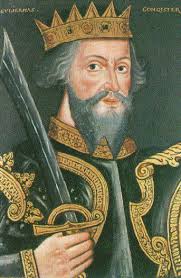 Prior to conquering England, William I was known as William the Bastard.  He came from Normandy, was the decedent of Vikings, and he spoke French. He changed the fate of England in one battle. Married to Matilda, credited with inspiring the creation of the amazing Bayeux tapestry, he had upwards of ten children (poor Matilda, it’s a wonder she had time for needlework).

Many of the children were girls, lost to sexist obscurity. Of the four sons, three lived to manhood, (Richard died young in a hunting accident). 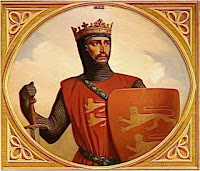 Robert Curthose, which translates to “short stockings”, so called because of his small stature, was William’s eldest and was given the rule of Normandy. Robert was a problem child, and unhappy with not being in line for the thrown of England, he rebelled against his father and brothers, causing general mayhem on both sides of the channel. Though not for want of trying, he never became king.

Henry Beauclerc, so called because of his scholarly nature, was the youngest of the three, he received no land but rather monetary compensation.


Yes, yes, you say, but again what the heck does this have to do with Lammas and William II, known as William Rufus due to his ruddy complexion. 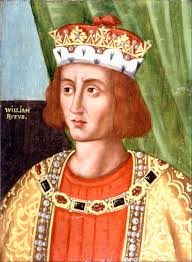 William I decreed the New Forest belonged only to him. All peasants and commoners were barred access for hunting, foraging, or grazing their stock. This caused great resentment in the Saxon people. As King, William II carried on the tradition, offering bounties on wolf hides so game would be plentiful. Extremely fond of the hunt, he went out to do so late on the eve of Lammas. Was a secret pagan society at work that night, were the peasants rebelling and using the earlier death of his brother as their inspiration, or was it simply fate? 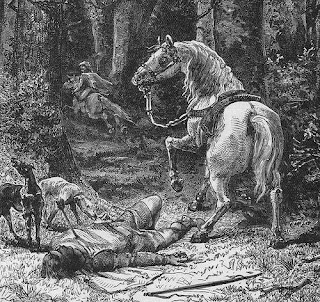 As dusk fell in the primeval forest, an arrow struck William II in the heart, killing him instantly. Horrified, his “loyal companions” abandoned him as they fled to secure their private holdings. Such a sudden change in kingship would no doubt cause turmoil. His body lay where it fell, unattended all night, picked up the next morning by a charcoal burner named Purkiss.


Fingers were pointed at Sir Walter Tyrell, but he absconded to France. When William II died, brother Robert was afar, just returning from the 1st crusade, so brother Henry seized the golden opportunity to take the throne of England. Henry never pursued the theory that Tyrell was guilty, nor was anyone ever accused or condemned as the William II’s assassin. Henry’s lack of search for the truth has led to conjecture as to his being complicit in the “accident”.


So there you have it. The mystery of William II and Lammas. Perhaps there was a comet seen shortly before that haunting Lammas night. After all, one heralded the fall of King Harold Godwinson those may years before in 1066 when William the Conqueror set all this in motion. 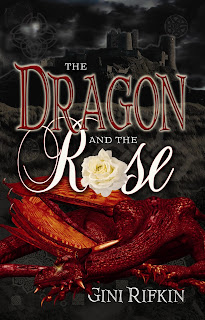 William II, and his rather treacherous Holy henchman, Ranulf Flambard, are seconday characters in my Medieval romance, The Dragon and The Rose.

Posted by GiniRifkin at 2:27 PM No comments: