How about a lovely box of Vampires for Christmas!

The smallest mammal in the world. 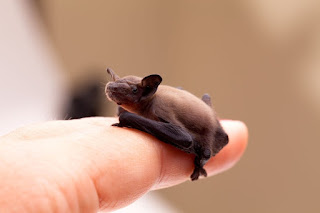 I like bats. They're fascinating in appearance and ability. Watching them while camping is always a great show, and while I've yet to have bats in my belfry, I have had one in the woodstove. 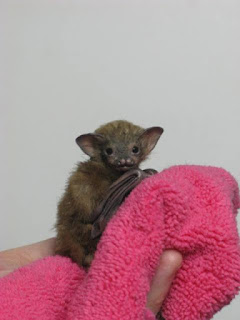 This tiny bat weighs less than 2 grams. Its body is about the size of a large bumblebee, hence the common name “bumblebee bat”.

Prior to 1974, Kitti's hog-nosed bat was unknown to the world at large. This name refers to it's discoverer, Thai zoologist Kitti Thonglongya. After Thonglongya died suddenly in February 1974, his British partner, John Hill described the species, giving it the name in honor of his colleague 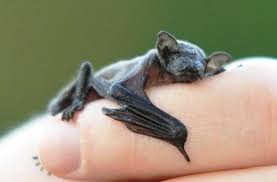 Since that time this tiny mammal has been hunted and harassed by collectors and tourists wanting to see the world’s smallest mammal. Today the main threats are from burning of the forested areas near the limestone caves in which it lives. 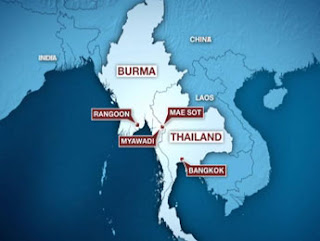 Its relatively wide wings are darker in color, and have long tips which enable the bat to hover like a hummingbird.It is thought to have last shared a common ancestor with other species around 43 million years ago. 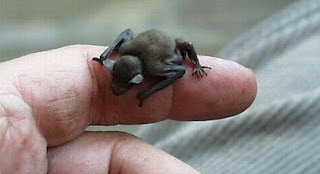 Bumble Bee bats roost at the back of caves or remote caverns. Group size varies from as few as 10 individuals to as many as 500, although most caves contain around 100 bats. The bats spread out across the ceiling of the caves so that they do not 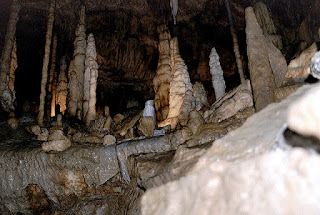 come into contact with one another. At dawn and dusk they leave their caves for around 20-30 minutes to forage for food. The bats primarily use echolocation to hunt small insects on the wing, although they may also glean small spiders and beetles from plant leaves. 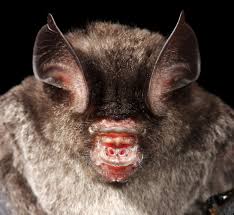 They do not make good pets, so don't even go there. And, the species is protected under the Wild Animals Reservation and Protection Act (WARPA) in Thailand.

Posted by GiniRifkin at 8:58 AM No comments:

Thank you Kam at  Superkambrook.com 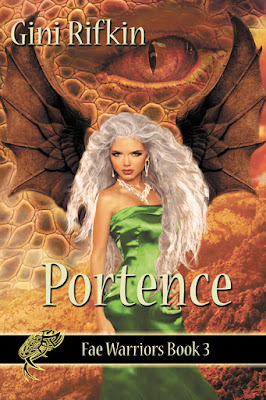 In the third and final installment in the Fae Warriors trilogy, I expected loads of action and Gini delivered…. starting in chapter one. There was green blood and Reps’ brain matter flying here, there…. every-freaking-where. It was a disgusting, fantastic scene — much like a few others. I will shall a few places in the book that stood out for me the most.

1.) Hoover Rats. Ok, I don’t like regular rats but Gini has rats flying around and their packing weapons… aka egg bombs. Just no. Please no. I hope rats never fly, let alone come ready for battle with ANYTHING!

2.) Portence and Malachi’s love scene: It has fun, sex, creative….. magical. Most importantly, it was memorable and that says a lot because, as an avid reader, I have read A LOT of love scenes.

3.) I have no desire to ever step one toe onto Dermis III. To survive there, you have to literally shed your skin once every 24 hours due to superficial bugs and viruses. Nope. If I have to live on another planet I want to stay on one resembling Hawaii. Bikinis 24-7, 365 days a year!

As with the above sections of Portence, I enjoyed the final battle scene. After a fiery start, Gini had both sides using whatever tools were at their disposal. You’ll see magic utilized, the elements, man-made weaponry, and even hand-to-hand combat. In the end, you know who wins but maybe you won’t guess so easily what happens to the Fae sisters and their counterparts aka their one true loves. I was happy with the ending and I think you’ll be satisfied as well.

With humor, romance, action, and reptilian aliens running amuck, this book is a must buy.

Posted by GiniRifkin at 9:56 AM No comments: