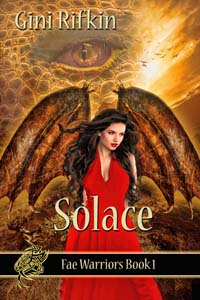 Solace Goodeve, one of Mother Nature’s favorite Fae Warriors, is assigned to Earth to help save the planet. Reptile invaders, disguising themselves as humans, are waging a takeover—and Mother is mad enough to eat asteroids. Solace is ready to prove herself as a warrior, but having a human for a partner is not in her battle plan—even if the man is rugged, ripped, and ready for action.
Buy Solace Now 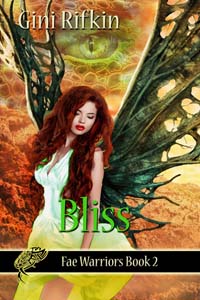 Fae Warrior, bliss Goodeve, fires up her empath skills to help Mother Nature battle the Reptiles invading Earth. But when it comes to her new human partner, Nathaniel Winston Calhoun, Bliss would rather make love than wage war. A man of mystery, he even makes horn-rimmed glasses and a white lab coat look sexy.

Posted by GiniRifkin at 11:15 AM No comments:

This Christmas season, my goats Tanzie and Tillie,
insisted I do a blog post on
Julbocks or Yule Bucks. 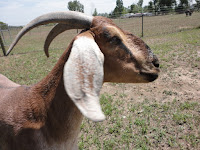 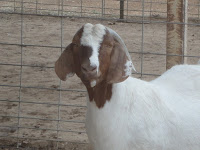 They pointed out the donkeys ruled the manger scene, the goose was famous for Christmas dinner (too bad for the goose, likewise the turkey on Thanksgiving), bunnies, ducks, and lambs had Easter, and doves had Valentine’s day---but goats get squat. So here goes.

Back in the old days, the really old days, when Europeans 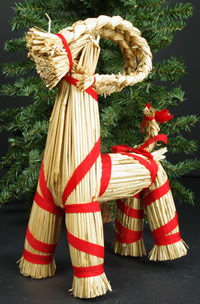 hadn't heard about Christianity, the pagan folk celebrated holidays based on the wonders of nature, and their connections to harvesting and celestial events. One such ceremony involved a goat made of straw...a Julbock or Yule Buck. 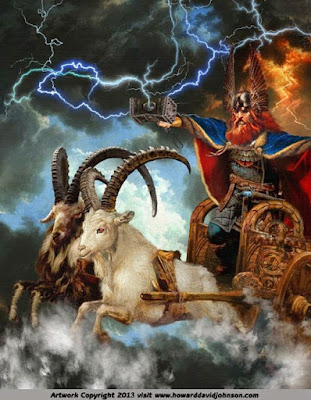 Swedish folk-customs speak of it, and goats are common in Norse folklore in general.
Apparently Thor had two favorite goats named Toothgnasher and Toothgrinder. The figure of Father Winter also tended to be linked to Thor or Odin (often called, The Gift-bearer). And all this took place before the Christian figure of Saint Nickolas came on the scene. 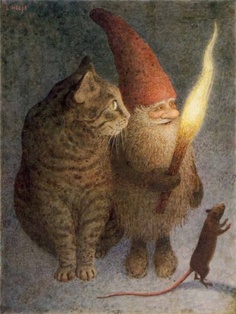 The goat is usually the the companion of the Tomte, a small mythological creature associated with the winter solstice, no taller than three feet, he has a long white beard, with a conical hat of red or some other bright color. Very much like a Gnome, the Tomte or the Tomten, are also known as gift bearers. He travels with goats to deliver his presents. 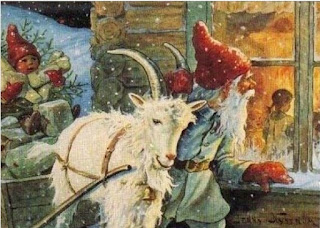 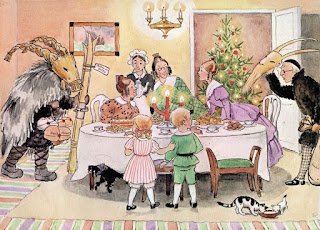 Then there is the Norwegian custom called Julebukking, where people wear goat masks and go from door to door surprising their neighbors who receive them and try to identify who is under the disguise.

Giving Julebukkers treats and drinks is a tradition. 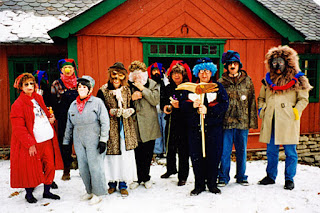 Once identified and the food is consumed, they move on to the next house. Another tradition requires that at least one person from the visited household join the band of Julebukkers and continue to the next household. 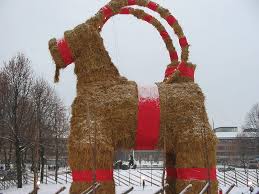 As an offering to the gods, the straw Julbock is burned in the bonfires that are set during this season. Some people write messages to the gods on a piece of paper, and place them in the red ribbon around the straw goat's neck. 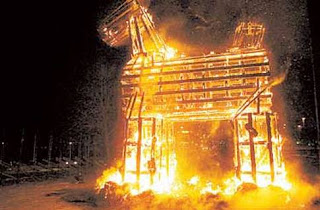 I hope the fire department is standing by....

So as we celebrate Yule, the Winter Solstice, and Christmas, don't forget the contributions made by goats. I better go print this out. My guys offered to proofread and edit a copy as they do enjoy a tasty bit of paper. 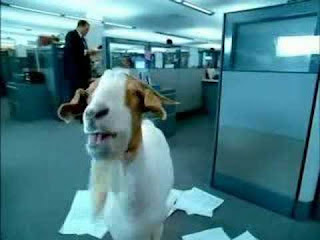 Posted by GiniRifkin at 9:15 AM No comments: 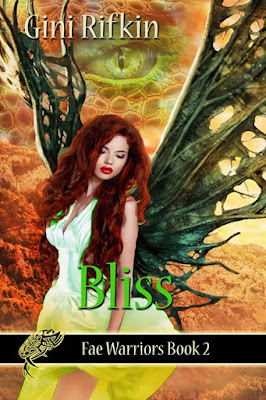 When he discovered what she was,
he wanted her even more!
Fae Warrior, Bliss Goodeve, fires up her empath skills to battle the Reptiles invading Earth. But when it comes to her new human partner, Nathaniel Calhoun, Bliss would rather make love than wage war. A man of mystery, she wonders what he's hiding behind the horn-rimmed glasses and white lab coat.

Nate admits to being a brainiac, at least that’s the persona he shows the outside world. If his boss discovers his troubled past, life could get complicated. The bad boy in Nate wants the beguiling Bliss in the worst way. Yet, the scientist inside him calculates high odds of being left brokenhearted.

After one Reptile goes rogue, it’s up to Bliss, Nate, and an alien critter named Noodge to bring him down. But time is running out, and things are heating up—especially romantically. Bliss is all for living in the moment. But will that be enough for Nate?

E-book or paperback at 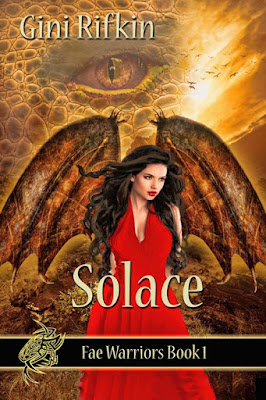 Fae Warriors: six foot tall and kick-ass gorgeous,
they make love as hard as the fight.

E-book or paperback at

(Although part of a trilogy, each book stands alone.)

Thank you for stopping buy.

Posted by GiniRifkin at 9:16 AM No comments: