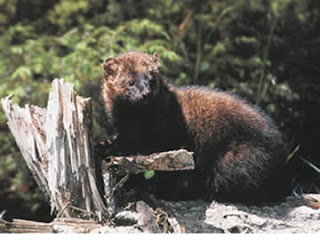 
The fisher is found only in North America. Historically, it ranged the northern forests of Canada and the United States as well as forests in the Appalachian, Rocky Mountains, and Pacific Coast Mountains. 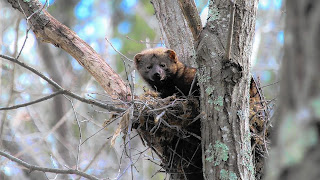 The fisher is the largest species of marten. Some males can weigh as much as 20 pounds. It is a large arboreal weasel, and an omnivore, feeding on a wide variety of small animals and occasionally on fruits and mushrooms. It prefers the snowshoe hare, and is one of the few animals able to prey successfully on porcupines. 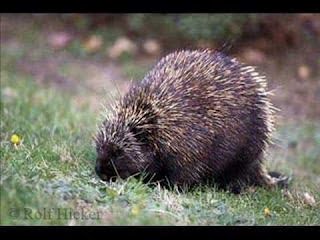 But how did the none fish eating Fisher get his name? One theory is that the animal gets its name from the trade name for its fur. The French fur-trappers sold the fur of this animal as European polecat fur. (A European polecat is a wild ferret, not a skunk. How skunks became known as polecats in this 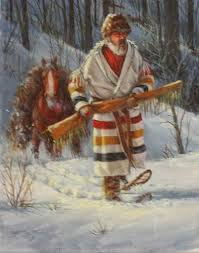 country is something for which I so far have found no answer.) The French word for a polecat pelt is fichet or ficheux. 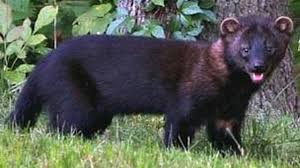 The females are pregnant for almost a year, giving birth in the spring to a littler of three or four kits.

Fishers have five toes on each foot, with unsheathed, retractable claws.Their feet are disproportionately large for their legs, making it easier for them to move 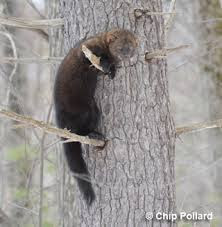 on top of snow packs, and allows them to maneuver well in trees. The fisher is one of relatively few mammalian species with the ability to descend trees head-first.


Because of their highly prized fur, the Fisher was trapped and hunted almost 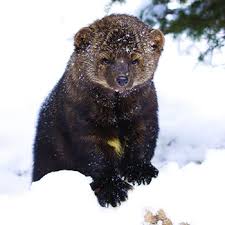 to extinction in the 1700's. Conservation and protection measures have allowed the species to rebound, but their current range is still greatly reduced from its historic limits.