A castle on the Kansas Overland Trail

For me, the great state of Kansas conjures visions of wheat fields and sunflowers, and Old West tales of Dodge City. 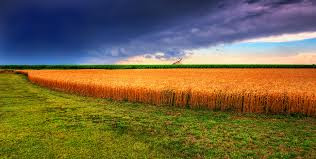 And of course The Wizard of Oz and scary tornadoes.


But they also lay claim to the first landmark chosen by the US Department of the Interior as a National Natural Landmark. 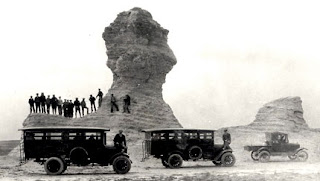 Who would expect to find such monumental structures in the middle of the flat-lands? 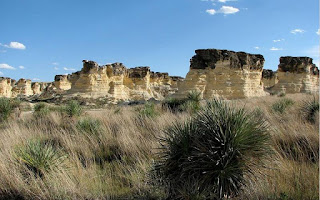 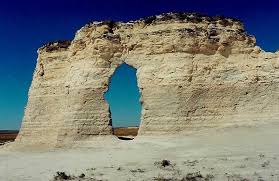 The chalk formations reach a height of up to 70 ft and include buttes and arches. The carbonate deposits were laid down during the Cretaceous Period in what was then the Western Interior Seaway, which split the continent of North America into two landmasses. 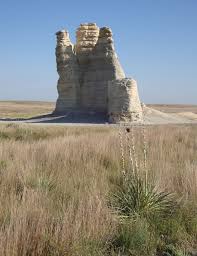 Castle Rock was a landmark on the Butterfield Overland Despatch route (Overland Trail). The chalk was deposited in the area by an ancient inland sea,and the formation was formed by the weathering of the chalk by wind and water.

Sadly, weathering of the rock formation is increasing due to visitors climbing on the rocks. In 2001, following a thunderstorm, the tallest spire fell. 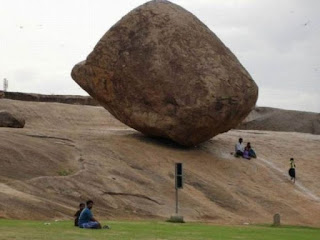 Will Mother Nature have her revenge?
(not at Monument Rock)


About 80 million years ago, when the central interior of the U.S. was covered by a seaway several hundred 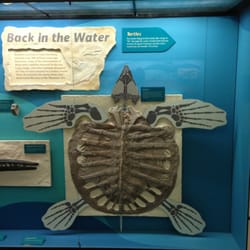 feet deep, the water contained single-celled animals that drifted to the sea floor for eons, creating a mucky ooze. This material was perfect for trapping and preserving the remains of animals that lived in that ocean, such as fish, turtles, sharks, swimming 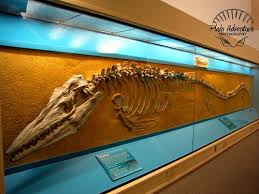 reptiles, swimming birds, as well as invertebrate animals such as giant clams.


Probably the best-known fossil from these beds is the famous "fish-within-a-fish" on display at the Sternberg Museum in Hays.

Should you visit this wondrous place
(which is on private property)
please respect the land and formations. 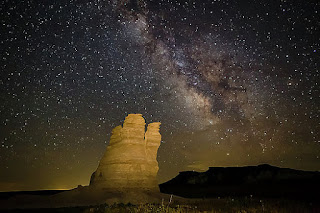 Monument Rocks (Chalk Pyramids) is located 4 miles east of US-83, 25 miles south of Oakley, Kansas. Camping and fossil hunting are not allowed.

Posted by GiniRifkin at 9:29 AM