Don't give up the ship 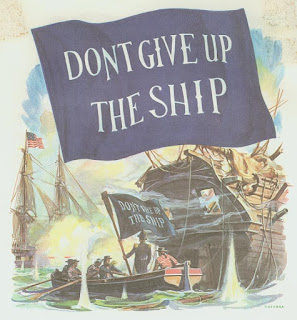 We've all heard this phrase bandied about, sometime accompanied by a pat on the shoulder or a hug. But the true meaning meant to defend the ship until you were dead or mortally wounded or the ship went down. Sounds a little bit more impressive from that standpoint. 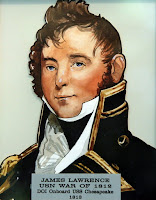 During the War of 1812, Captain James Lawrence, commanding the 49-gun frigate U.S.S. Chesapeake, was attacked off Boston Harbor by the British ship H.M.S. Shannon.

In less than 15 minutes, Lawrence's crew was overwhelmed. Mortally wounded, Lawrence shouted, "Tell the men to fire faster and not to give up the ship; fight her till she sinks!" True to his words, every officer in the Chesapeake's chain of command fought until they were either killed or wounded. 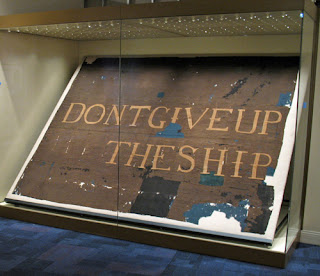 In honor of Captain Lawrence, a group of women stitched the words "DON'T GIVE UP THE SHIP" into a flag that was presented to Commodore Oliver Hazard Perry, who commanded a new ship named after Captain Lawrence in the summer of 1813. 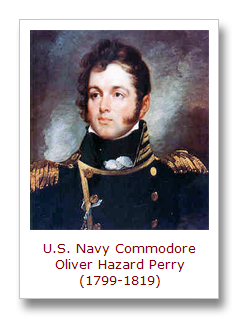 Perry and the U.S.S. Lawrence went on to capture an entire squadron of British ships in the Battle of Lake Erie, although not before every officer on the ship, except for Perry and his 13-year-old brother, was either killed or wounded. 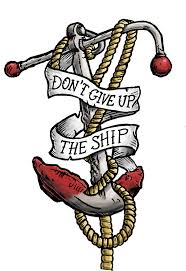 Lawrence's words became the motto of the U.S. Navy, which has since named numerous ships in his honor, and Perry's flag now hangs in a place of honor at the United States Naval Academy.

Posted by GiniRifkin at 9:52 AM