Goat notes and Donkey tales No. 2 Where did donkeys originate? 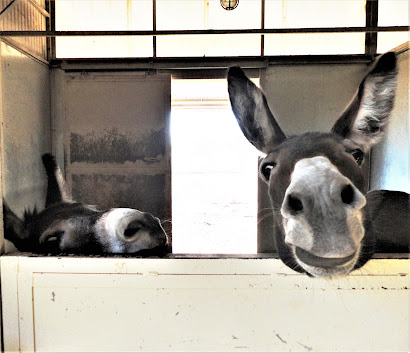 Jack and Rosie
There were two separate species of the African ass: the Nubian wild ass and the Somali wild ass. Our modern domesticated donkeys are all descended from these African wild ancestors.
Donkeys were first domesticated around 6,000 years ago in North Africa and Egypt for meat and milk. Around 2,000 years ago donkeys were among the hardworking animals used to carry silk from the Pacific Ocean to the Mediterranean along the Silk Road. 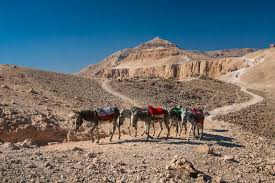 The African wild donkey is a member of the horse family. 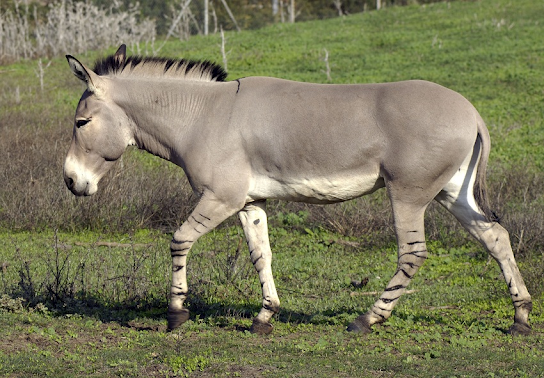 They live in the deserts and arid areas of the Horn of Africa, Ethiopia and Somalia, also in the Arabian Peninsula and in the Middle East. Many are endangered, especially the subspecies of the Somali and Nubian ass. 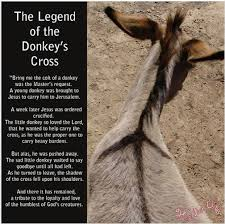 Other than on the French Poitou donkey, there is a slender, dark dorsal stripe in all subspecies. The Nubian wild ass, as well as the domestic donkey, also has a stripe across the shoulder creating the legendary cross.
The legs of the Somali wild ass are striped with black. My donkey Rosie, has faint leg stripes! 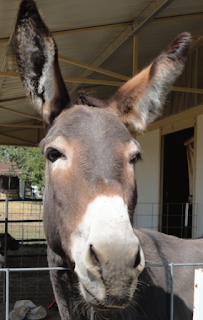 Wild asses can run almost as fast as a horse. However, unlike most hoofed mammals, their tendency is to not flee right away from a potentially dangerous situation, but to investigate first before deciding what to do. 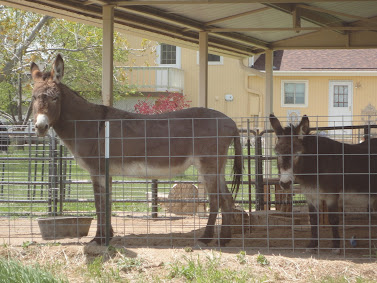 My two donkeys are much more laidback than the horses I've been around. I think this contributes to the mistaken idea that donkeys are stubborn. Perhaps they are being thoughtful. Sometimes their consideration of a situation can save not only themselves, but you.
When necessary, donkeys defend themselves with powerful bites, and kicks from both their front and hind legs. 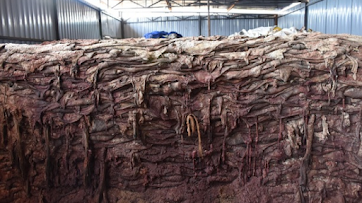 A wall of stacked donkey hides.
Donkeys have long been abused, whether by being used for roping practice, currently being slaughtered by the thousands for hide glue used in cosmetics, or being rounded up by in American by the BLM Bureau of Land Management.
Yet they remain loving and forgiving animals.

Posted by GiniRifkin at 1:01 PM