The Donkey Sanctuary celebrates a big step in 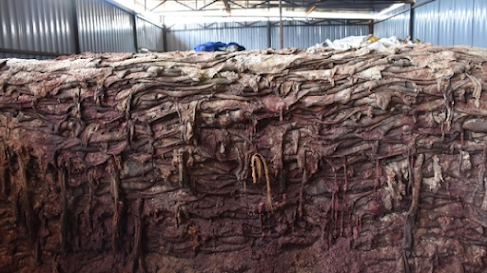 Here is a wall of donkey hides
waiting to go to Communist China.

The largest equine welfare charity in the world,
The Donkey Sanctuary, has successfully lobbied
eBay to immediately stop selling the traditional
Chinese medicine ejiao, which contains gelatin
from donkey skin and is alleged to offer
anti-ageing properties.

(Ejiao is found in many facial and medicinal

products. Please look for it on the label.

It comes from a dead donkeys hide,

Who is really the ass if you are

putting this on your face.) 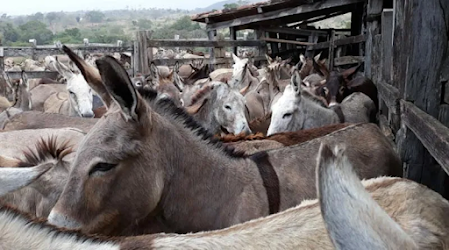 Uncovering the shocking trade:
The Donkey Sanctuary has revealed the shocking consequences of the global donkey skin trade that has emerged to meet the demand from the ejiao trade. From Tanzania to Peru, South Africa to Pakistan, donkeys across the world are being stolen and skinned in the night, their carcasses found by distraught owners. For millions of people in some of world’s poorest communities, donkeys are still the main means of livelihood and sustain families by providing them with an income and independence. Waiting to die.
The donkey skin trade is unregulated and some of the claims made about the supposed health benefits of ejiao are unverified – one of the principal reasons for eBay prohibiting its sale.
("You would think the way it is harvested would be reason enough" again my words not the Donkey Sanctuary.)
Mike Baker, chief executive of The Donkey Sanctuary, says: “We’re incredibly grateful to eBay and would like to put on record our sincere thanks to them for their quick response and confirmation that they will no longer be selling ejiao.”
Please pass the word. 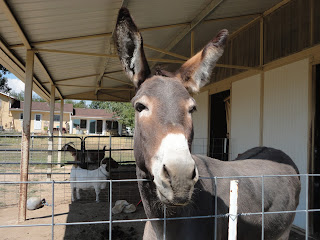