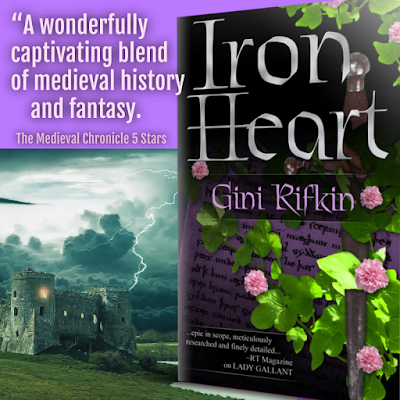 England: circa. 879 A.D.
With the heart of a warrior and the soul of a poet, Faran Kilbraun travels far from home in search of the sword and shield of his ancestors. Protecting the ancient relics was his responsibility. Now, to regain his honor, he must recover the stolen artifacts and battle a life-long enemy.
Following the accidental death of her cruel husband, Leanora Wrenn is wrongly accused of his murder. Forced into exile, a small north shore island becomes her lonely refuge—exoneration her only hope.
When Faran discovers Leanora's remote sanctuary, both their lives are changed forever. Comrades-in-arms, they fight side by side for their chance at redemption and love.

ENTER GIVE AWAY HERE 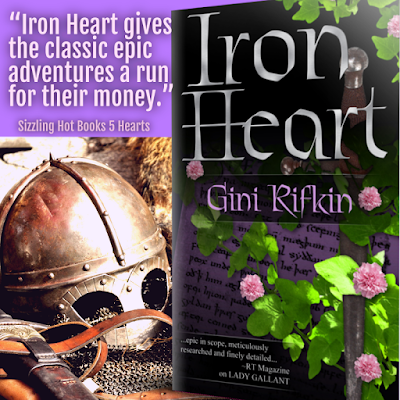 Chapter One
The Farne Islands, September 879 A.D.
They had stolen his past. And he was about to lose his future.
Faran wrestled for control of the steerboard. He had never fought harder, not even at the shieldwall. Yet, try as he might to guide his small ship to safety, the storm howling down from the north thwarted his every move.
Deadly rocks ringed the shore—looming dangerously close. He hazarded a glance at his three stalwart companions. Heads down, they strained at the oars, and while their loyalty and courage nourished his soul, he knew in his heart their attempt was futile.
Who had conjured this pernicious maelstrom?
Only moments ago, the sky had been blue and the sea calm. This raging tempest, wielded by a merciless hand, threatened to destroy his ship, his companions, and his hope for redemption.
The gods had forsaken him yet once again.
****
Exhausted, Faran lay prone upon the cold wet shore, his head turned to one side, the sand grating against his cheek. He groaned and willed himself to turn over, but muscle and sinew refused to follow where his mind desperately tried to lead.
Resigned to immobility, he studied the area within his scope of vision. Where were his hearthmates? Did they live? Were they nearby, possibly in need of his help? These thoughts pounded through his brain even as the surf pounded the craggy coastline.
A piece of flotsam washed up on the beach, and an inquisitive gull swooped down to inspect this treasure newly relinquished from the sea. The runes etched upon the smooth wooden surface were familiar to him—the board had once been part of his sailing vessel. But his ship had gone down—along with his good intentions.
He closed his eyes and recalled the rasping sound of wood scraping rock. A mountainous wave had swallowed his ship, and he had been catapulted body and soul into the sea. Then along with the other aquatic grist, the ocean had chewed him up well and good, only to regurgitate him upon the shore like an unsavory bit of shell.
At the memory of the underwater horror, his eyes snapped opened, and he sucked in a lungful of air. Surely the gods had made a mistake. He was Tyne Faran Kilbraun, the Iron Heart. Seventh son of the man who ruled the Storm Geats, seventh son of the woman who belonged to the tribe of the Wulfingas. He was keeper of the Word and protector of the sacred relics. Were these facts of no consequence to the deities who ruled the heavens and the earth?
****
Faran, the Iron Heart. It was a name that set one’s mind to wondering. Did he pride himself on disallowing any woman to touch his cold hard heart? Did he woo ladies into love trysts with promises of treasure and pleasure only to tragically desert them?

For certes he was unlike anyone Leanora had ever known. He approached life fearlessly, as if he dared anyone to cross his path, his mood, or the territory he called his own. And his generous mouth was an unbidden fascination. It could accommodate a childlike smile, tempering all the fierceness he worked so hard to portray. Or it could accommodate a reassuring smile, making her believe everything in her troubled world would be all right.

He was handsome to be sure—with a rock hard body, thoughts of which occupied her mind much too often. And his mind was also intriguing. Developed equal to his form, it was a quality she truly admired in him. Knowledge could be a powerful weapon, and Faran appeared well armed.

To her benefit, he seemed preoccupied with the present and not with prying into her past. Nor did he threaten to rule her future. He treated her differently, he treated her like...a friend. The idea stunned her. Life had never afforded her the opportunity to know or cherish another person in such a manner. Another new experience.

Then a spark of yearning for more than mere friendship flickered inside of her. You can never trust a man, she chastised, you can only believe in yourself. Unyielding logic cooled this ember of need, but not before it claimed the barren part of her never before touched by warmth or light.

Posted by GiniRifkin at 9:04 AM