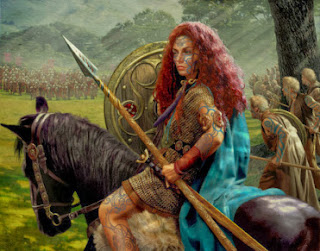 In the Viking Age, the 8th to the late 10th century, the town of Birka, Sweden was a key center for trade, most likely offering furs and iron goods as well 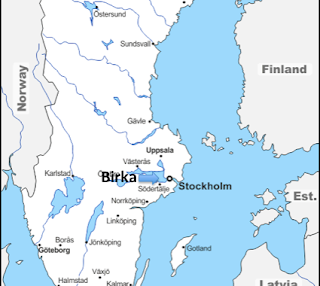 as craft products in exchange for various materials from much of Europe and western Asia.

Founded around AD 750, Birka flourished for more than 200  years with and estimated population between 500 and 1000 people. 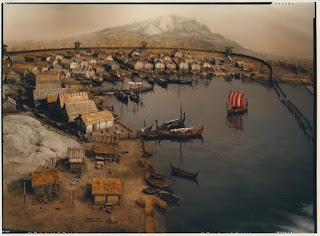 By the early middle ages, there were narratives about fierce female Vikings fighting alongside men. Although, reoccurring in art as well as in poetry, the women warriors were generally dismissed as mythological phenomena. 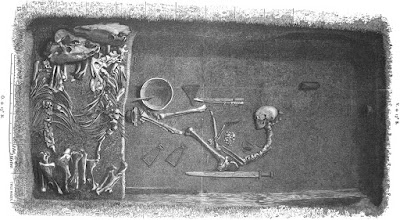 The entombed skeleton in question was discovered 128 years ago in Birka. Surrounded by military weapons, it was assumed to be that of a battle-hardened male.

The artifacts entombed with the 1,000-year-old bones and unearthed in 1889 included two shields, 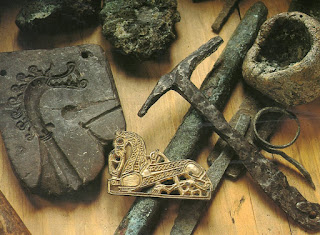 a sword, an ax, a spear, armor-piercing arrows and a battle knife - not to mention the remnants of two horses, one mare and one stallion. Also a full set of gaming pieces indicating knowledge of tactics and strategy stressing the buried individual's role as a high‐ranking officer. 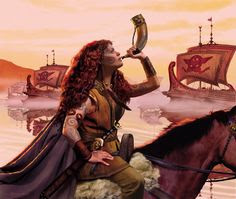 Now, modern-day genetics testing on the DNA extracted from a tooth and an arm bone has confirmed the skeleton, known as Bj 581, belongs to someone with two X chromosomes. In other words, a female. 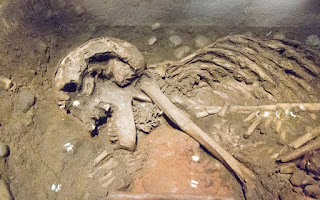 The dental wear of the lower molars was clear but moderate, suggesting the individual was at least above 30 years of age.

The female warrior, was probably of nonlocal origin and, had moved to Birka. This assumption is based on 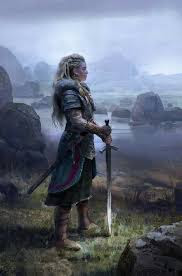 her genetic affinity to present‐day inhabitants of the British Islands (England and Scotland), the North Atlantic Islands (Iceland and the Orkneys), Scandinavia (Denmark and Norway) and to lesser extent Eastern Baltic Europe (Lithuania and Latvia)

Major arguments against the grave belonging to a woman are that she just happened to live like a man, or when someone buried her, what she was buried with might not have been of her choosing.

Poppycock! I believe she was a true Viking Warrior. What do you think?

More than 3,000 Viking graves have been discovered encircling Birka, but only about 1,100 have been excavated.

For more details and sites used to glean the above information, go to...
https://onlinelibrary.wiley.com/doi/full/10.1002/ajpa.23308
https://www.grandforksherald.com/news/4327867-viking-warrior-skeleton-identified-female-128-years-after-its-discovery 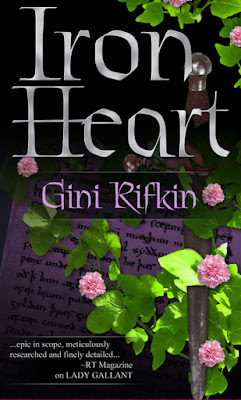