To the Victor go the Spoils,

and the opportunity to record history from their point of view. The amazing Bayeux Tapestry is just such an example.

For many years, I have been captivated by the beauty, artistry and mystery of the Bayeux Tapestry, and recently have begun reproducing a tiny portion of this historical treasure. 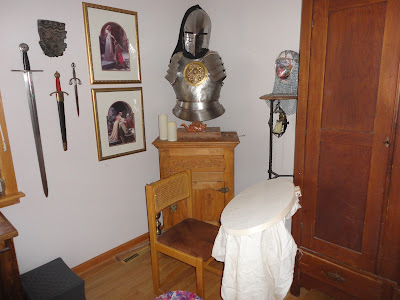 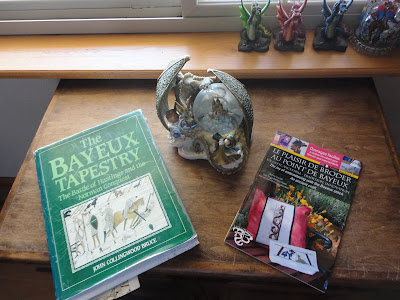 Thanks to Youtube, I watched instructions (from Bayeux, France!) showing the two main stitches used throughout the tapestry. One of them is actually known as the Bayeux stitch. Almost 1,000 years old, the Tapestry is more than 70 meters long (that's over 230 feet). It depicts one of the most pivotal moments in British history--the Norman Conquest of 1066, particularly the battle of Hastings which took place October 14 of that year. 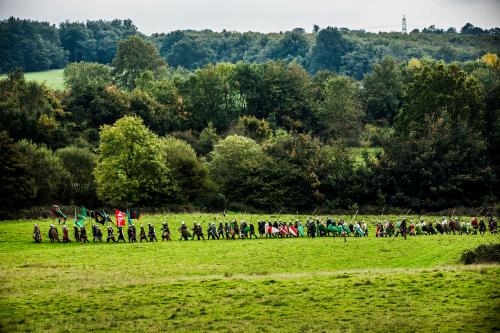 Field where the battle took place.
Not really a tapestry, but wool embroidered on linen cloth, the extraordinary undertaking is composed of several panels worked separately and then sewn together.

chain-mail and supplies being taken to the ships.
Besides historical information about the political climate and the final battle, there are numerous insights into the style and fashion of Anglo-Saxon and Norman clothing, medieval ship-building, sailing, carpentry, and even battle techniques and what type of chain-mail was used.
The story also chronicles a cosmic event. 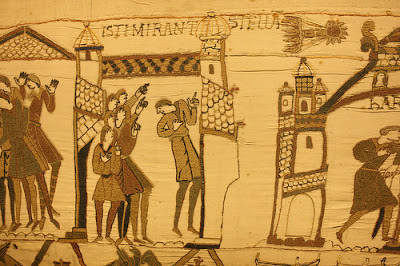 see comet, upper right hand side.
When Edward the Confessor dies, the nobles declare Harold the new king. Harold ignores his prior oath to  William, and the fight is on. A hoary star (Halley's comet) shoots across the sky signaling a bad omen for Harold. 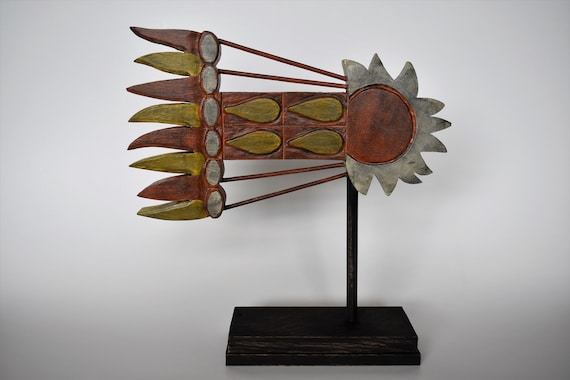 A metal replica of the comet in the tapestry. Might need this.
We also learn William brought horses across the channel from Normandy. Quite a difficult, and  unexpected achievement.

see the little horses peeking out of the boat!
Harold Godwinson is, of course, defeated at Hastings, and the "arrow in the eye" legend is validated. But the ending is abrupt and many people speculate the final frames are missing as there is no reference to Williams coronation.
Who commissioned and made the tapestry?
A majority of historians agree the most likely patron was Odo, the half-brother of Duke William, and the bishop of Bayeux. 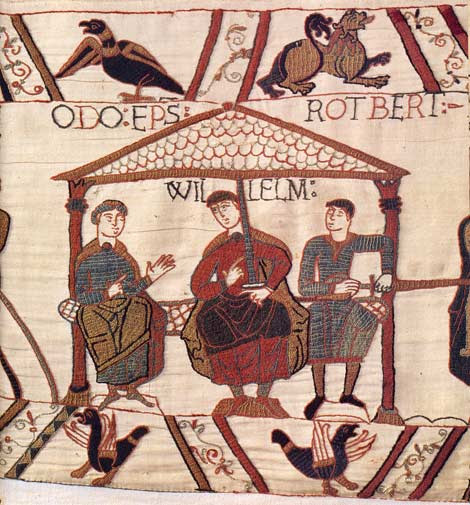 He is seen several times in the tapestry.
For a long time William the Conqueror's wife, Queen Matilda was thought to have initiated the project. This view is now out of favor. It may even have been made on the orders of William himself. The mystery continues. 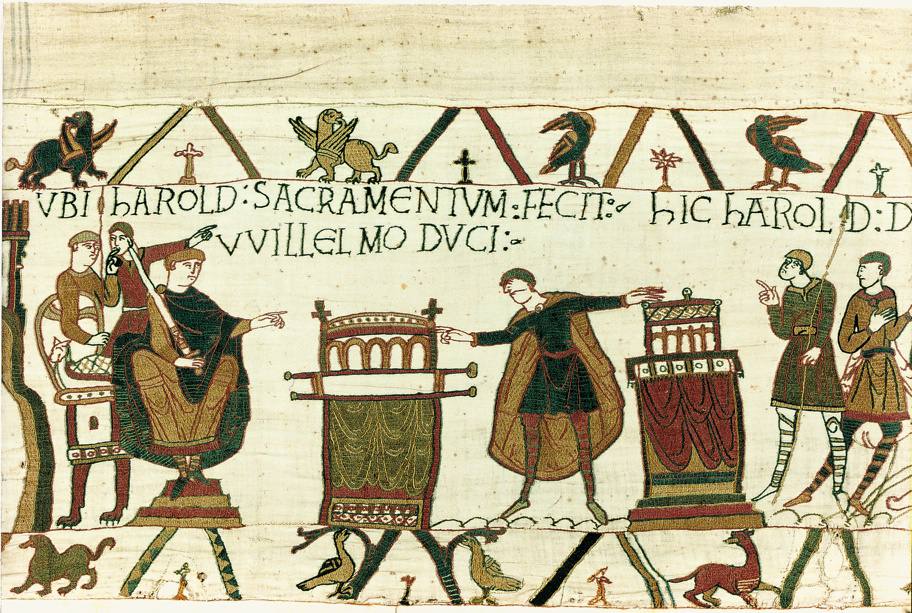 The Latin inscriptions use Old English letter forms, as found in Anglo-Saxon illuminated manuscripts. Some similar designs were discovered in manuscripts at a monastery in Canterbury. Was it made there? 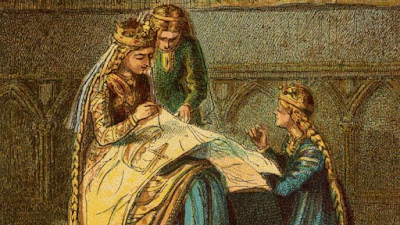 Whoever came up with the idea, the design and embroidery work was most likely done in England, by English hands. How cruel for the conquered to find themselves working to glorify the new king, the usurper.
What was it's purpose?
The huge tapestry may have been on display at first, and then stored and seen only on special occasions. It may have graced the new cathedral Odo built in 1077 in Bayeux. From at least 1476 onward, the tapestry was detailed in the cathedral inventory. 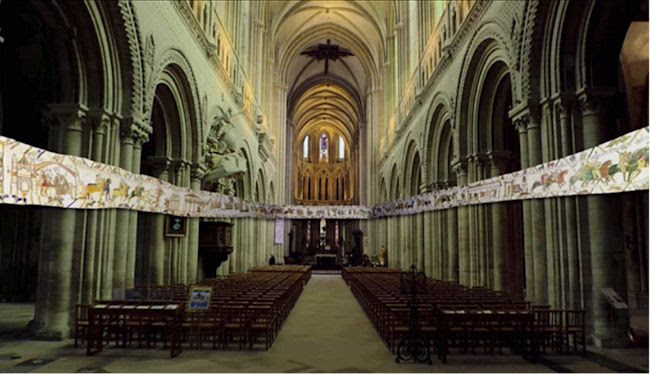 In the 19th century, Napoleon had it brought to Paris for display as he made plans to invade Britain. In the Second World War the Nazis found it a useful tool (found this to be both odd and curious).

The Bayeux Tapestry has it's share of mysteries, and  I will daydream of all the possibilities as I work on my tiny scrap of history. The story of its creation must hold the makings of a good book---working on that too.