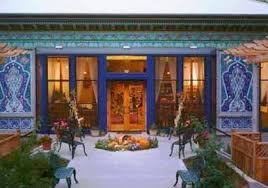 Boulder, Colorado and Dushanbe are sister cities. Dushanbe is the capital of Tajikistan. The name, means Monday, and is derived from the day of the week on which a bazaar was held in the village.


The area we now know as Tajikistan was once at the eastern periphery of the Persian Empire. Situated a bit south of the Silk Road trails, the area has seen invasions by Alexander the Great, Mongols, Arabs, Turks, and Russians. Today, Tajikistan, with a population of 7 million, is bordered to the east by China, to the north by Uzbekistan, and to the south by Afghanistan. 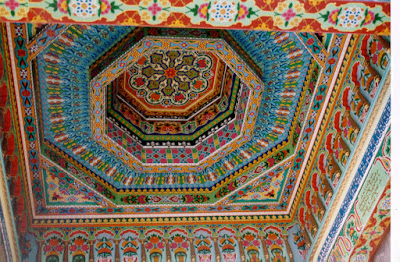 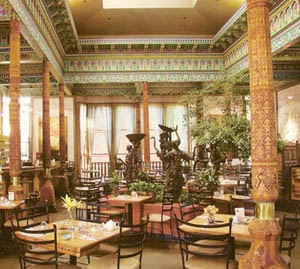 Forty artisans from Tajikistan hand made the tea house over a 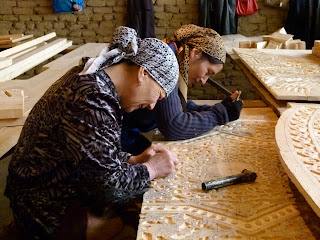 period of two years, took it apart, and then packed the pieces into about 200 crates to be shipped to Boulder. The trades used by the artisans were passed from generation to generation. No power tools were used in the original construction of the tea house. 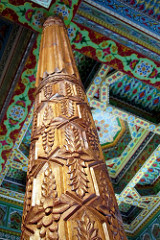 Inside, are 12 intricately carved cedar columns. These, were sent from Tajikistan with the original gift. No two columns are alike.
FOUNTAIN OF THE SEVEN BEAUTIES
In the central pool of the Tea house there are seven hammered copper sculptures created by artist Ivan Milosovich. The life sized sculptures are based on a 12th century poem, “The Seven Beauties the 4th poem of Khamsa. 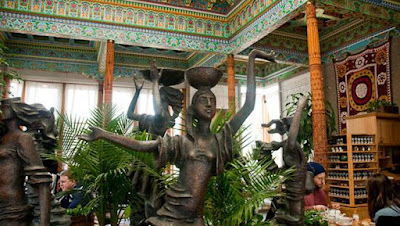 In the middle ages, the number “SEVEN” was considered a sacred number. Both mythological and scientific beliefs of the day held that the world was divided into seven countries, there are seven planets, weeks are divided into seven days, and the spectrum is composed of seven colors. 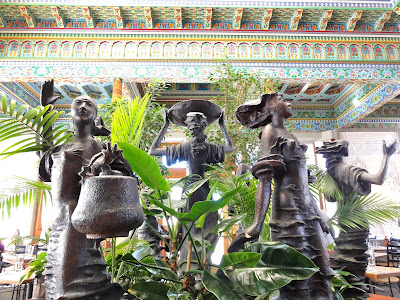 In this story, our hero sees portraits of the seven daughters of the continents, and loses his heart to them. Later, when he becomes the Shah of Iran, he sends for the seven women and marries them. He has the renown architect, Shidda, build a palace with seven cupolas, each colored a different color with a corresponding planet. On the proper day of the week, Bahram would dress himself in the appropriate color, and go to visit the wife that corresponded with the day. Each woman would relate to him a story from her native land and praise the attributes of her own color. 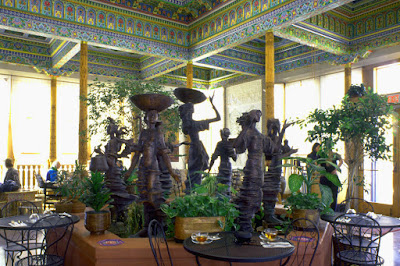 The poem inspires honesty, virtue and kindness, while denouncing arrogance, villiany, greediness and treachery. And so, the princesses’ tales serve not only to entertain the Shah, but to ponder life and consider the secrets on the universe and human nature. 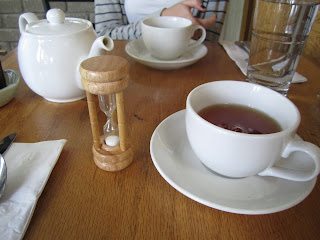 Recenly, my sisiter and I had the joyful experience of lunching again at the Dushanbe Tea House. Passing through the doors is a step back in time. Menu selections include various delights inspired by the Far East, and your tea comes with an egg timer so it will be properly steeped. 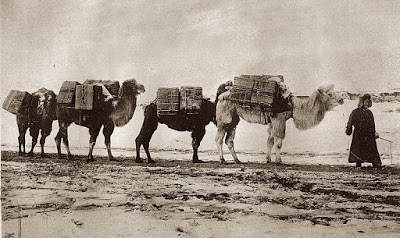 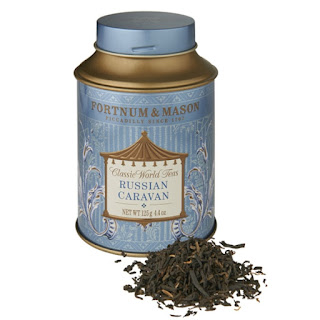 The tea selection is at least six pages long, I chose Russian Caravan a longtime favorite. Its name originates from the 18th century camel caravans facilitating the transcontinental tea trade from India, Ceylon and China to Europe via Russia. "It took at least half a year to make the six-thousand-mile journey from the Chinese border to Russia, and the voyage was harsh. Anecdotal evidence had it that during the camel caravan journeys, the teas, unloaded for the night, took on the smoky flavor from the nearby campfires. 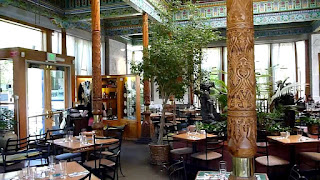 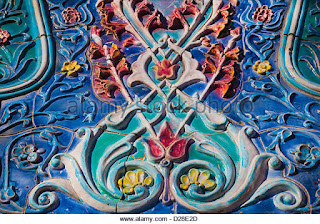 Posted by GiniRifkin at 7:40 AM