Book and Gift Card Give Away still open.

There's only a few days left in N.N. Light's
January Book and Gift Card give away.

This month
UNDERCOVER OUTLAW
is included.
Be sure to list it on the entry form. 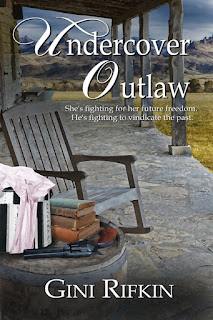 Enter give away here!

Trapped in Prairie Ridge by a flood, Jesse and Trinity's feelings soon run as high and wild as the river. When Jesse is accused of murder, Trinity stands by his side, and they take on the town's tyrannical leader. As the city cowers in fear, help comes from an unexpected source, but can it save Jesse from a hangman's noose?

Enter give away here!