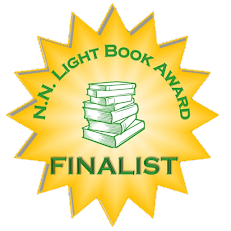 Thank you N N Light for selecting Undercover Outlaw as a finalist for book of the year!

Undercover Outlaw:
Romance and adventure in the Old West. 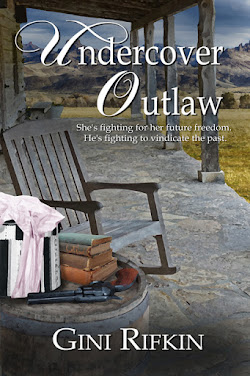 How far would you go to find your brother's killer?
Jesse's ready to sacrifice everything.
Would you throw caution to the wind,
and follow your heart for a man you just met?
Trinity is about to do just that.
Amazon
Barnes and Noble 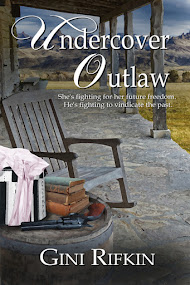 Undercover Outlaw
Trinity spun around to face Jesse head-on. “What are you doing here?”
“I live here, remember. What are you doing here? I told you to stay away from this place.”
“I’m attending a birthday party.” Her surprise at seeing Jesse quickly turned to desire, warm as liquid sunshine.
He glanced around the empty room. “Are we early or late?”
“I don’t know.”
“I think perhaps we’re both right on time, and Mary June planned this whole surprise.”
Whether they’d been tricked or not, Trinity longed for Jesse to say all that really mattered was they were together. But he didn’t. He just kept staring at her while silence hung in the air, heavy as the fragrance of honeysuckle on a hot summer night.
Jesse narrowed his gaze, his expression turning dark. “What the heck are you wearing?” His voice, hard as flint, cut to the quick. “I don’t need any new girls on the payroll.”
Her cheeks grew hot. How could she have forgotten her attire?
Recalling what her friends said about first time love and not letting the moment pass into a lifetime of regret, she ignored his harsh words.
“You don’t like my costume?”
His gaze jumped to her face. There was fire in his eyes, but not anger. Now he studied her deliciously slow, his gaze almost a physical touch. “I never said I didn’t like it.”
“I could take it off if you prefer.” She toyed with the ribbon tied at her waist.
A ragged, guttural noise was his only response before he found his voice. “What I want isn’t important.” Even now his voice wavered. “Where’s Mary June?”
The question took her off guard, and hot jealousy bolted through her. How could he think of another woman when she stood before him so invitingly—with an almost hand-written invitation to do more than just look?
“Mary June? Why?”
“I need to speak with her.”
Hurt by his rejection, she headed for the door. “Have a seat. I’ll find her for you.” Stalking past, she floundered on the high heeled boots, and bit back a curse.
Jesse reached to steady her, his fingers wrapping around her arm, holding fast. “You sound jealous.” He drew her close, turning her in the circle of his arms. Could he see the hurt in her eyes?
“You are jealous. Aw, hellfire, Trinity.” He sounded as if he’d finally given himself over to some unseen force.
She struggled against him. “I thought you wanted Mary June.”
“What I really want,” he whispered, “is you—only you.”
Amazon
Barnes and Noble
#westernromance #historicalromance #romancereaders #fivestarhistoricalwestern #cowboyhero