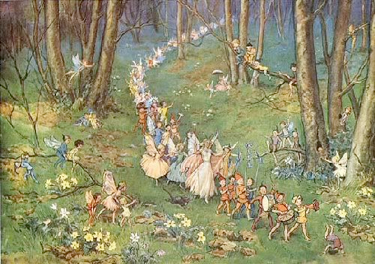 Litha is upon us.
The summer solstice.
The longest day of the year. 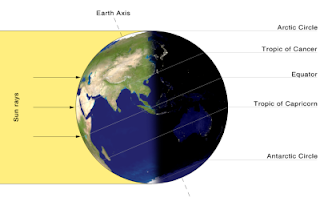 The summer solstice happens exactly when the Earth's axial tilt is most inclined towards the sun. And although but an instant in time, the term is used much like the word Midsummer to refer to the entire day on which it occurs. 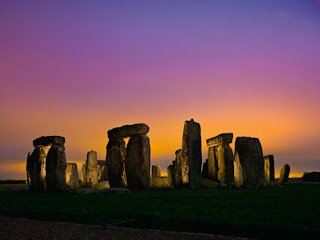 A Celtic quarter day (as opposed to a cross-quarter day) it is a direct barometer of what the future weather will hold.

This magical day has been celebrated from  on the Salisbury Plain in England,
to  in
. 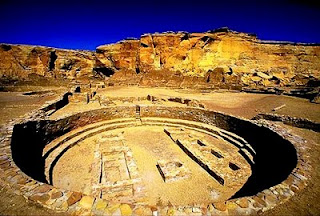 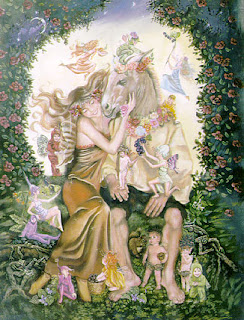 It is also touted in literature, most notably in Shakespeare's
"Midsummer Night's Dream".

Tonight, we ask blessings on our land and the animals that abide there, as we hope for a glimpse of the Tuatha DeDanan.

Bonfires were often lit on the Summer Solstice. If we jump the fire will the crops grow higher?


Languid from the heat of the day, and energized by the coolness of the evenings, we laugh at the memory of the cold dark days of Winter. But the fullness of Summer is transitory, and we must remember to give thanks for what this season brings.

And so the wheel turns.
Have a magical day. 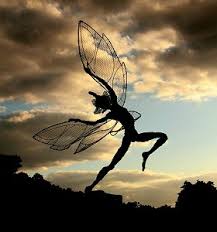 Posted by GiniRifkin at 8:08 AM