Nothing Ordinary about Okapis 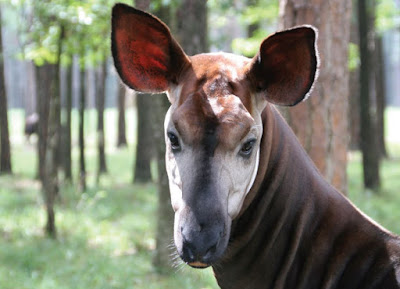 Tongue like a giraffe, stripes like a zebra, antelope-like cloven hooves--that's the fascinating Okapi, which remained undiscovered outside it's natural habitat until 1901. 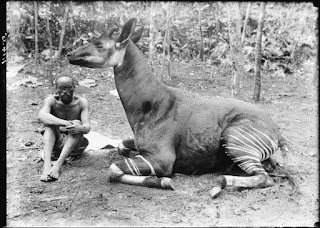 The Pygmy peoples of central Africa had known of this animal’s existence for generations, and stories about it held an almost unicorn-like place in the popular imagination. 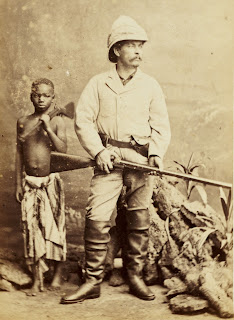 In 1890 it was described as a type of horse or donkey to Sir Henry Morton Stanley (of ‘Dr. Livingstone, I presume’ fame). Far from an equine, the Okapi is a forest-living relative of the giraffe. The man credited with the ‘discovery’ of the Okapi, is Sir Harry Johnston, the British explorer, and naturalist. He sent hides acquired from Natives back to the British Museum where Scientists prematurely declared a new species of Zebra. Further research resolved the confusion setting the animal apart from all others, now called Okapia johnstoni. 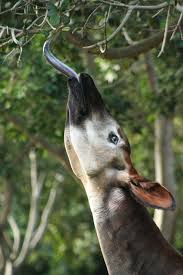 The Okapi's impressively long tongue, is not only black in color, but is prehensile allowing it to grab hold of leaves from the branches above. They have very thick skin (hides) to help protect them from injury. 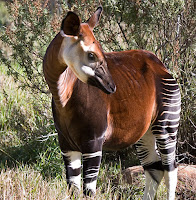 Long headed, with a dark muzzle, and large set-back ears, they  rely heavily on their hearing in the surrounding forest where they are not able to see very far. They are known to communicate with one another using quiet "chuff" sounds. 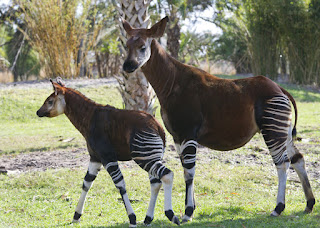 Active mostly during the day, they spend their time roaming the nearly impassible, dense, and swampy thickets, and enter the more open, higher, drier parts of the forest to feed at nightfall.

They are rather solitary animals with the exception of the time mothers spend with their calves. 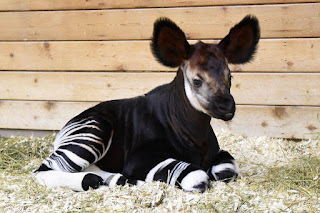 The gestation period can last up to 16 months, usually resulting in a single calf able to stand within half an hour.                 They do not reach their full adult size until they are roughly three years old. 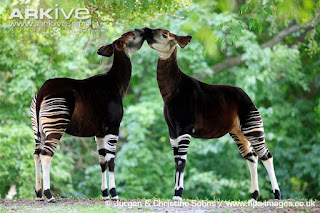 The Okapi, an herbivorous, is known to eat more than 100 different types of plant, many of which are poisonous to other animals and Humans. Their main predator is the leopard, the serval, hunting & poaching, and of course habitat loss due to deforestation.

Today, over 5,000 okapi inhabit the Okapi Wildlife Reserve which occupies much of the Ituri Forest once traveled by early explorers. Okapis have been protected by government decree since 1933. 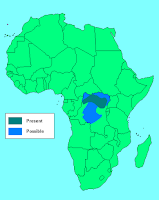 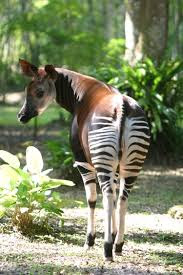 Do these stripes make my butt look big?