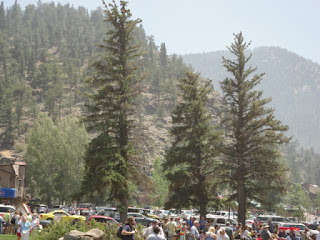 My amazing sister, Kathy, drove us to Estes Park, Colorado on Saturday 6/23/12, to see the Scandinavian Solstice Celebration.

It is a beautiful area, and the temperature that day was below the 104 degrees raging in Longmont and Berthoud. Sadly a new wild fire broke out up there that very morning, the smoke drifting in the air, one house already on fire with more structures and trees in jeopardy.

It has been a tragic year for so many people, and much of our precious Colorado landscape. Our hearts go out to those touched by the fires, and our praise and prayers go to the many firefighters, first responders, and folks aiding and sheltering the people and animals in need.

The festival was in full swing when we arrived, and it was a welcome joyful diversion. 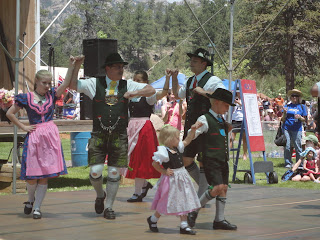 The traditional Maypole was already decorated. 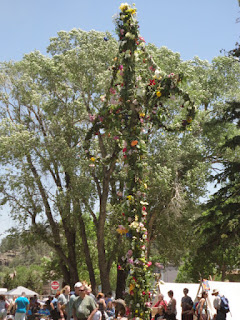 Usually associated with May day rather than midsummer or summer solstice, the symbolism of the maypole has been continuously debated by folklorists for centuries.

One theory holds that they are a remnant of the Germanic reverence for sacred trees, as there is evidence for various sacred trees and wooden pillars were venerated by the pagans across much of Germanic Europe﻿.  Norse paganism, held that the universe was a world tree, known as Yggdrasil There is therefore speculation that the maypole was in some way a continuance of this tradition.

The cross-arm may be a latter-day attempt to Christianize the pagan symbol into the semblance of a cross, although not completely successful

At the Viking Village we saw demonstrations of an ancient horn and drum. Also a wonderful display of Viking tools and crafts material. 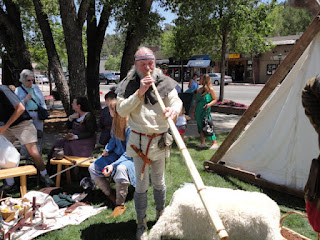 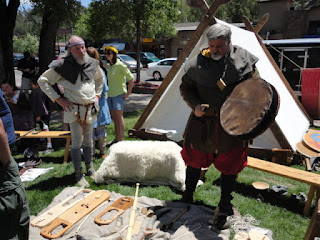 The Norwegian Fjord Horses were also on hand.

The Norwegian Fjord Horse is one of the world's oldest and purest breeds. It is believed that the original Fjord Horse migrated to Norway and was domesticated over 4,000 years ago. Herds of wild Fjord Horses existed in Norway after the last ice age. Archaeological excavations at Viking burial sites indicate that the Fjord Horse has been selectively bred for at least 2,000 years. They are draft type horses and were used for farming, a tough job traveling up and down the fjords. 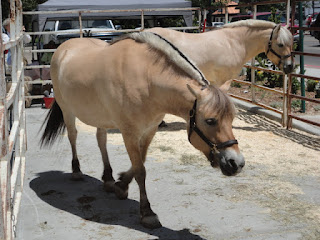 These beauties are from the Flying Pig Farm,
Thank you Jeanne for speaking with us and letting us take this photo.

One of their unique characteristics is that approximately 90% of all Fjord Horses are brown dun in color. The other 10% are either red dun, gray, white or "uls" dun, or yellow dun. The Fjord Horse retains the "wild" dun color of the original horse as well as the primitive markings which include zebra stripes on the legs and a dorsal stripe that runs from the forelock down the neck and back and into the tail. Dark stripes may also be seen over the withers. 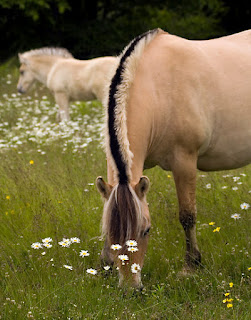 stock photo
Another unique characteristic of the Fjord Horse is the mane. The center hair of the mane is dark (usually black) while the outer hair is white. The mane is cut short so it will stand erect. It is trimmed in a characteristic crescent shape to emphasize the graceful curve of the neck The white outer hair is then trimmed slightly shorter than the dark inner hair to display the dramatic dark stripe.

Fjords generally range in size from 13.2 to 14.2 Hands and weigh between 900 and 1200 pounds at maturity, with a few individuals ranging outside these measurements. 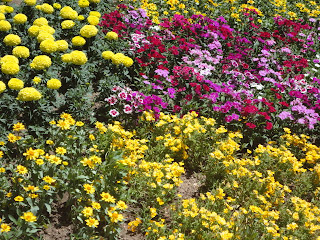 There were lots of booths selling a wide range of tempting items and bright colors seemed to be everywhere in flowers,
and lovely Scandinavian pottery. 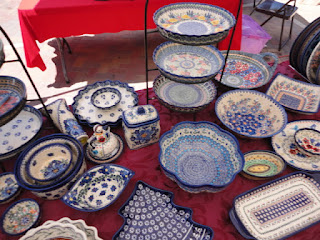 Then the day was over and we headed home, munching on roasted sugared almonds, tired , hot, but happy.  A good time was had by all. And on the way out of town, a real treat, several head of elk grazing by the road. 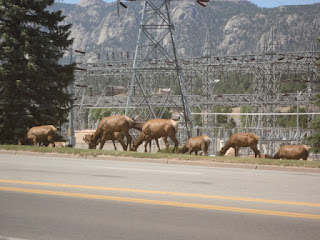