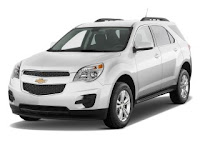 This is the second harvest, Alban Elfed, the Celtic celebration of Mabon.  On the 23rd the sun rises due east and sets due west. It is the fleeting union of solar and lunar forces. A time for thanksgiving. A time of wonder. A time of balance as the sun enters Libra, a special sign for me. A time ruled by love and the planet Venus.

According to legend and ancient belief it is the time of the dying sun and we honor our dead and celebrate their memory with joyous remembrance.  We pray for their rebirth into another plane another world that we do not understand.

We honor our elders and all who have taught us regardless of their age.  The wheel turns, we should be thankful for the goodness the year had brought rather than lamenting the darkness ahead.  Endings are new beginnings.  Sometimes a painful concept

Mabon has grown old and will die at Samhain. This time of year is associated with the Hunter, who leads a wild phantom chase through the forest, heralding confusion and change. It is the Night of the Hunter. 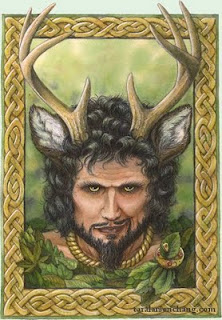 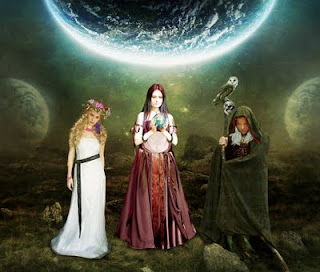 It is the "assumption of the Crone," when the dark face of the Goddess assumes the sway over the world which She will hold until the return of the Maiden at Imbolc.  The month of September also marks the "Wine Moon," the lunar cycle when grapes are harvested  The full moon closest to the Autumnal Equinox is the Harvest Moon.

It is a day sacred to Carpo, goddess of Autumn, and Carmon the Irish patroness of poetry.  It is the time of Frey, and we ask for fertility of mind and spirit.
In the days ahead when the sun is our friend and we seek his warmth rather than running from his touch of fire, let us be thankful for the food we have stored and the love we have garnered (deserving or not).


This is the only day in which light is vulnerable and is overtaken by darkness.  Today we feel the earth wobble on its axis, it is the day of the sacrificial death of  Llew the god of light. The fall of John Barleycorn-spirit of the fields. For the Christians it is Michaelmas. 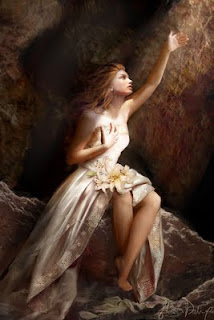 In stories of old it is the time when Demeter’s daughter, Kore, is given by Zeus to Hades. Her name now Persephone, she abides in the underworld. Demeter curses the earth and no crops will grow.

Zeus sends Hermes to retrieve the girl but Persephone has been tricked into eating the seeds of the pomegranate. Demeter is furious. Trying to find a peaceful accord, Zeus declares that Persephone will spend 6 months with her mother and 6 months in the underworld with her husband Hades. The time has come for her to descend to darkness and yet to her lover. It is the time that Demeter’s curse still rules the land and all the plants sleep as we await their return in springtime.

The leaves fall, the wind blows, and the farm country slowly
changes from the summer cottons into its winter wools."
-Henry Beston, Northern Farm
Autumn is a season followed immediately by looking forward to Spring."
-Anonymous
Autumn, the year's last, loveliest smile.
-William Cullen Bryant
I would rather sit on a pumpkin and have it all to myself,
than be crowded on a velvet cushion.
-Henry David Thoreau
Summer, where did you go?
I hardly knew your face at all.
Did you hide yourself from me?
Or did I not take the time to look?
-Gini
FYI
While the September equinox occurs on September 22 in 2008 and 2009, it occurs on September 23 in 2010 and 2011 (UTC). The September equinox has also occurred on September 24(UTC), with the last occurrence on that date being 1931. The next time a September 24 equinox occurs will be in the year 2303. Moreover, a September 21 equinox will occur in 2092.

There are a few explanations on why the equinox dates differ in the Gregorian calendar. The varying dates of the equinox are mainly due to the calendar system – most western countries use the Gregorian calendar, which has 365 days in a year, or 366 days in a leap year. According to the National Maritime Museum, the equinoxes generally occur about six hours later each year, with a jump of a day (backwards) on leap years. An extra day is added in a leap year to minimize a gradual drift of the equinox date through the seasons.
Posted by GiniRifkin at 9:52 AM